Clipping the Wings of Honeybee Queens

Beekeepers clip the wings of honeybee queens to prevent swarming. The effectiveness of this practice is in the balance. Research has found out that clipping may not increase queen supercedure. It also has very little impact on honey production. At the same time, clipping the queen bee’s wings has been observed to lead to supercedure. Some colonies see the queen with clipped wings as unhealthy and replace her. This article takes you through clipping honeybee wings and why it is done. It also looks at arguments both for and against the practice.

Honeybees that have decided to swarm keep trying to do it. Beekeepers try to manage the situation by taking measures to prevent swarming. Finding honeybees clumped on the ground near a beehive alerts you to the swarming and you can take preventive measures.

Before honeybees split and for a swarm to start a new colony, they make some preparations. You might notice some of the preparations during a hive inspection. You may also be lucky to catch bees from your beehive swarming to a nearby location such as a tree’s branch. They can then be removed and put into a new hive or returned to the old one.

Presence of honeybee queen cells in the brood area or under other frames is the surest sign a colony is preparing for swarming. The cells are easy to identify by their unusually large size. The appearance of these cells means a new queen bee is being reared. She may be to replace an old and failing honeybee queen or to form a swarm. When a new queen is raised for the beehive, the old queen dies soon after or is removed by balling.

Why Do We Clip the Queen’s Wings?

Clipping of honeybee wings is done only on queen bees. There is no need to clip the wings on any other types of bee in a hive. It is part of hive management done by the beekeeper.

How to Clip a Honeybee Queen Wings

You should be well prepared for clipping a queen bee’s wings. A pair of scissors to do the cutting should be brought to the beehive. A smoker for bee management should be with you during queen finding and clipping. You may use alternative honeybee calming techniques. A bee brush is also handy to help you remove bees from surfaces if necessary.

To clip the wings of the queen bee, you must find her from among the bees. This is easy if she is marked. If she is not, finding her can be difficult. Experienced beekeepers can find the queen by looking for her in places she is likely to be hiding. The queen does not like exposure to light and runs from it. She is also likely to be found in the brood area of the beehive. Beginner beekeepers can read on below to learn how to identify the honeybee queen.

Once identified, pick the queen bee by her wings to avoid hurting her. Cut some section of the wings off with the scissors. The cut should remove about 2/3 of her wings. Cutting more of the wings off is not advisable. It may make bees in the colony see the queen as unhealthy. They then swarm or raise a new queen.

Your safety during clipping of the queen bee wings is important. Take safety measures and wear a beekeeping suit when working with bees. The queen bee should not be held with bare hands. She carries a barbless stinger that can be used repeatedly. When handling the queen bee, she may want to sting you.

There are various products manufactured for clipping the wings of a honeybee queen. They include arresting equipment to hold the queen bee in position for clipping. There are also cutting tools for clipping the wings with. Using such equipment makes the job easier and faster. It also minimizes contact with the queen bee. The beekeeper is less likely to be stung by the honeybee queen. This equipment gives great results since it is standardized. Both beginner beekeepers and experienced ones can use these equipment with ease.

Is it Good to Clip the Wing of a Queen Bee?

Swarming is a natural process for honeybees. It is how they start new colonies. However, this event is sometimes not a happy one for beekeepers, as the honeybee population in the beehive falls due to swarming. It can have an impact on yields of beehive products when the colony left behind is not strong enough. Some beekeepers allow swarming while others take steps to manage or prevent it. It is up to individual beekeepers to decide what to do when they notice signs of swarming.

There are beekeepers that do not clip the wings of queen bees. Various reasons are cited for this.

How to Find the Honeybee Queen 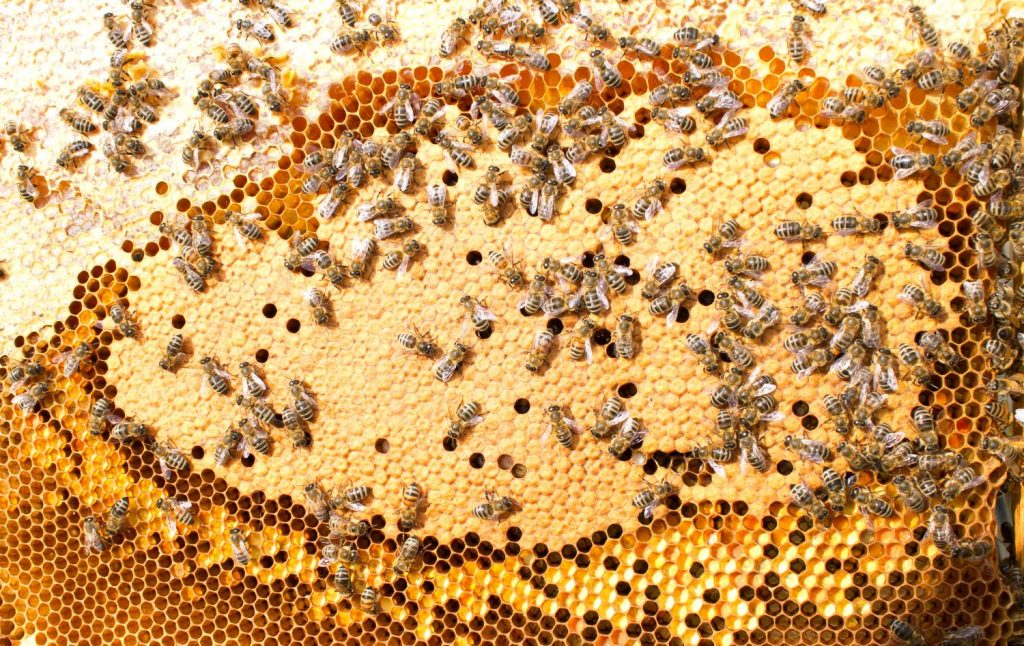 Looking for the honeybee queen for clipping her wings can be difficult. Here is how you can go about finding the queen with ease. The procedure and tips are helpful for when you are finding her for other hive management purposes as well. It is easy to find the queen bee from among a small colony of honeybees. With larger colonies, it takes a little more time. The queen bee often runs to hide on the floor of the beehive and sidewalls.

Adopt a standard operating procedure for finding the queen. It can be included among other hive management activities. Make it a practice to try and spot the queen every time you are carrying out a beehive inspection. With regular practice, you can get very good at it.

When looking for the queen for clipping of wings, be ready to catch the queen bee the first time you will spot her. For a search for the queen bee, frames of honeycomb and even undrawn frames are removed from beehive boxes. This is done procedurally so that all frames are inspected. During the inspection, look for eggs laid in brood frames. They can give you a rough idea of where the queen bee might be in the beehive. Freshly laid eggs means that you should look for the queen bee around that area.

Beehive frames on which honeycomb has not been fully drawn presents a challenge when finding the queen. The honeybee queen finds it easy to move from one face of the comb to the other. She passes through the gap presented by an area where there is no comb on the frame. Be on the lookout for this. You might even spot the queen running from one face to the next when your turn one face to the light.

Queen bees can be differently colored from other bees. Regular spotting of the queen bee helps you memorize even small differences in color between the worker bees of the beehive and the queen bee. When you need to catch her for clipping, this knowledge is very useful. You will be able to quickly find the honeybee queen and carry out the activity you need to. Honeybees have different coloration based on the sub-species and breeding over time. Russian, European, Italian and African bees all have subtle differences in coloration. In a beehive, the queen bee is usually of a lighter hue than the worker bees.

In your search for the queen bee, look for her in concentric circles. Any other grid-based pattern of inspecting the beehive surfaces can also be applied. It is advised that you hold a frame under inspection over the brood area. If the queen falls off a frame, she falls into the brood nest of the beehive. For best results, the frame is held by its lugs and first scanned along its perimeter. The scan then moves inward in a spiral until it ends at the center of the frame. The frame is then turned and the process repeated.

This standard procedure of finding the queen bee works in nearly all scenarios. When followed well and diligently, the queen bee is fund by both experienced and beginner beekeepers. Hiding queen bees are usually found in various depressions and crevices on comb and in the beehive. If you cannot find the queen bee, just go over the beehive following the process once more.

Beekeepers want to prevent swarming because it reduces the working population of bees in a honeybee colony. A hive that swarms more than once can be left with few bees and impact production. Clipping the wings of the queen bee prevents the queen bee from being able to fly away with a swarm of bees. Once you have noted the colony wants to swarm, you can take measures to prevent swarming. These include and are not limited to checkerboarding and making voluntary splits of the honeybee colony.

What are your thoughts on the practice of clipping the honeybee queen’s wings? Leave a comment below and let us know.