Bee Hive Kits: Inside and Out

Bees, like humans, have a very complex social structure, and beekeepers should understand this structure if they are to be successful. Honey bees are vegetarian and get their proteins from the pollen they eat. Honey bees also get carbohydrates from the honey that is made from nectar. As social insects, the honey bees work together in harmony for their colony to survive. The honey bees are divided into three different types which are the: the queen, the drone and the worker bee.

The queen is a female bee that is fertile, and whose main purpose is to mate with the drone bees (males), in order to reproduce and to bring about new bees. In the unfortunate event that a queen bee dies, the worker bees will select a number of young worker larvae and feed them a special kind of diet referred to as the royal jelly. The worker larvae that have been fed the royal jelly will then develop into a young queen. There is only one queen bee in a colony.

Drones are the male bees that mate with the queen bees. In a colony there can be several drones at a time. 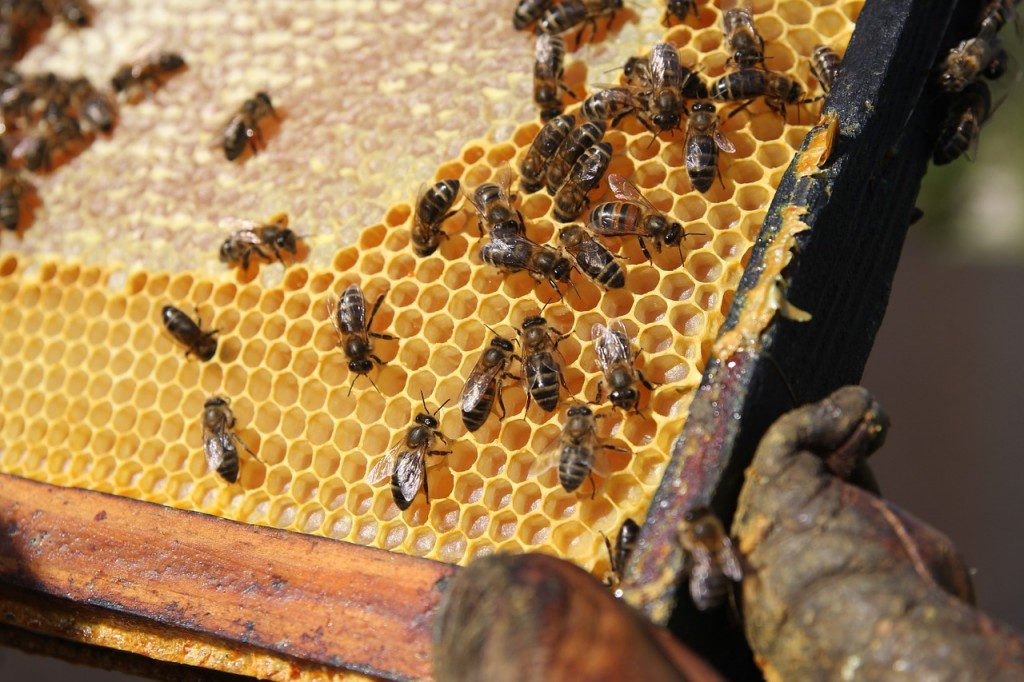 The bee hive is a specially constructed structure where the bees live. There are several types of bee hives, but generally each are made up of the following, important components:

The beehive boxes houses the frames in which the bees make their honeycombs, making them a very important part of the bee hive kit. Usually the boxes are designed to offer bees the shelter, enough space to raise their brood, and enough space to store honey. Bee hive boxes should be raised above the ground to ensure that the bees are safe from predators such as ants or rodents that feed on bees and honey. The best way that you could raise your beehive boxes is by suspending them from strings fastened to posts or trees. When the boxes are raised above ground chances of surface runoff water interfering with the bees during heavy downpour is reduced.

The beehive boxes also need to be well ventilated to allow the bees have enough oxygen that they need to survive.

Traditionally, wood has been the basic material that people have used to make beekeeping equipment. Over the years though as technology has advanced, manufacturers are offering different synthetic variants. Some of the synthetic materials that are used these days include plastic, polystyrene etc. However, it is best to use wood because bees tend to accept wood more than the synthetic materials.

The bottom of the Bee Hive

The bottom part of the hive that forms the base should be made from a hard and thick wood, because it is the part that supports much of the weight. Mostly the bottom board is made from cypress wood but it is better to go for the screened bottom board instead of the standard bottom board because it offers good ventilation.

It is the deep hive body that contains frames of honeycombs. High quality deep hive body is usually made from cypress of clear pine. They are joined by way of dovetail joints for more strength. A beekeeper may need two deep-hive bodies which he will stack against each other. The bees will use the lower deep hive body as their brood chamber where hundreds of young bees are raised. The upper deep hive body they will use as their food chamber and this is the place where they store most of the honey or pollen for their use.

It is best to go for cypress wood for the outer cover of your beehive because it a very good rot resistant and also last longer. On the top of the outer cover you could opt for a galvanized steel tray that will fit well. Alternatively there are also plastic top covers that you can go for which will not rot easily, but the tops covers made of cypress wood still remain the best available option.

Bee hive ventilation is important as it has been established that it actually helps to determine the size of the honey yield that the bees produce. Ventilation of the box are also important because it allows the bees to regulate the temperature of the hive.

Bee hive ventilation is also important because it ensures that during the extremely cold winter months, condensed moisture will not drop onto the bees in the hive. By venting the hive, you alleviate any possibility of moisture build up, moisture that will turn to water with condensation caused by the extreme cold outside. Basically the cold itself will not kill the bees but when the hive gets wet due to condensed moisture, the bees will die.

During the winter season bees usually cluster together and avoid going out of the hive because of the extreme weather. Having good, free air flow for the bees is also beneficial to their health as it ensures that there will be no possibility of suffocation. Keeping the walls of the bee hive cooler than the ceiling helps in trapping the moisture, thus condensing it before it reaches the ceiling. This is the best way to ensure that the bees inside will not get frozen by the extreme condensed moisture dripping from the ceiling.

Next Topic: Where to Buy Bees >

Share
Previous What is the Chronic Bee Paralysis Virus (CBPV)?
Next Do Possums Eat Bees? How They Affect Honeybee Colonies