How to Combine Honeybee Colonies

Raising honeybees is a practice that has been around for centuries. It is believed that humans have kept bees for more than 9,000 years. This is such a long time and thanks to all the efforts put into it, modern beekeepers can now focus on best practices of raising honeybees. Weak colonies have proven to have the least chance of making through the colder months such as winter, hence the need to sometimes combine honeybee colonies. This strategy makes it possible for the beekeeper to go into winter with a stronger colony.

Combining two weak colonies is the sure way of creating a robust colony. Nonetheless, we describe this as an art since it takes skill and experience to do it. In essence, you do not just wake up one morning and decide to dump bees from a hive to another. Doing this proves to be harmful rather than helpful to the honeybees. In this article, we exhaustively explore the art of combining honeybee colonies. Join us in this exciting journey.

When it is Necessary to Combine Honeybee Colonies? 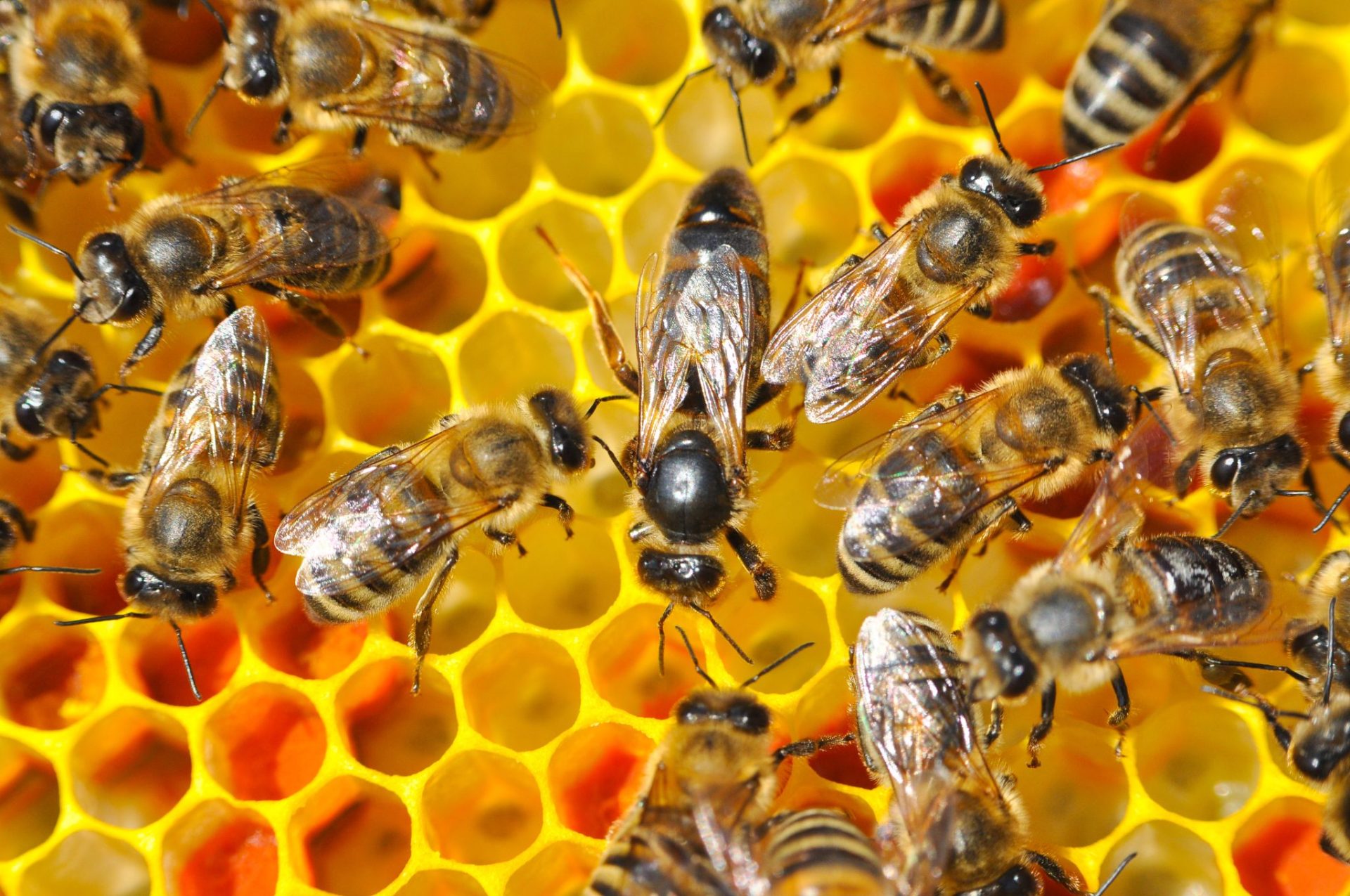 Honeybee colonies are usually combined or united for a number of reasons. The term unite is used more profoundly than the term combine. You might also come across some beekeepers referring this to as merging or joining, or amalgamating. Nonetheless, all these terms connote the same thing. With that out of the way, it is important to comprehend why this is important and when it is necessary to do so. There are a number of methods and equipment that are used to unite honeybee colonies, a single frame of bees, or even nuclei.

Some of the reasons for combining honey bee colonies include the following:

The beekeeper might be downsizing or needs to reduce the number of colonies under their control. These colonies might have increased due to manipulations and it is now time to reduce the number, so that it becomes more manageable to the beekeeper. Remember, honeybee colonies might pose a serious risk of loss during wintering if unmanageable. Even normal months demand some due care and maintenance of the colonies. The beekeeper might find it convenient to have a few strong colonies, instead of spreading efforts thin managing weak colonies that may not even survive. In terms of productivity, it also makes financial sense to have a few stronger colonies that are profitable instead of tiny ones that do not profit.

This a common practice prior to winter. The beekeeper will combine two or more weak colonies so that they stand a chance of surviving through winter. Winter is tough for honeybee colonies and it is uncommon not to report cases of die-outs after winter. These colonies that are combined may never survive on their own, hence the need to unite them with similar colonies. It also becomes easier to manage few colonies during winter since the beekeeper may have to provide supplemental feed where necessary. Parasites and diseases also become easier to keep on check when the colony is smaller and stronger.

Failed mating often occurs in honeybee colonies, which ultimately affects the productivity and future of the colony. Therefore any colony that might have a shortage of a fertile queen will be rendered unproductive and its future jeopardized. The only solution to this big problem is through the unification of honey bee colonies. The incoming colony queen will help restore the viability of the colony and balance the equation. That is the only way the colony will be restored and its future generation of bees produced. Additionally, stronger honeybee colonies resulting from the combination can defend itself from robber bees and other invaders such as yellow jackets, ants, and other intruders.

There might be a scenario whereby the existing honeybee colony has a drone laying queen or laying worker bees. It is not a common occurrence but is counter-productive for any surviving honeybee colony. It will happen when the colony is queenless, forcing the worker bee to begin laying eggs. This is greatly discouraged and hence the need to introduce a new queen to the colony through the unification process. This incoming honeybee colony will make it possible for the queenless colony to once again become productive.

It is worth mentioning that the queen bee plays an important role of unifying any colony, no matter the size. It produces a special chemical that guides the colony. The queen also lays lots of eggs given its fully developed ovaries.

Honey bee colonies may be united after an earlier induction of artificial swarming. This happens rarely but at times it becomes necessary when the colony size is too big to manage under the same roof. Summer is particularly a time when honeybee colonies are highly productive, thus leading to ballooning of colonies. If this happens, the beekeeper may induce artificial swarming, or the bees will split by themselves. If this is done during the peak season, then the beekeeper might unite these colonies later one just before the onset of winter. That way, the resulting stronger colony is much safer and will likely make it through winter.

It becomes necessary to unite honeybee colonies when the beekeeper wants to requeen a colony. As earlier mentioned, the queen bee plays an important role when it comes to the survival of any colony. She is central to the success of the colony. As a matter of fact, the queen bee is resistant to certain diseases, including chalkbrood. Perhaps you have heard that requeening is one of the solutions to diseases such as chalkbrood. A colony may also have a queen that is drone-laying. If this is the case, then it means the colony will have a shortage of worker bees, without which it becomes almost impossible for a colony to survive. The only solution to the problem will be to introduce another colony.

7. Combing a weak colony with a stronger one

Combination of a weak colony with a stronger one. This is a good reason for unifying honeybee colonies. The queen from the weaker colony is removed before combining or she is caged so as to prevent the other colony workers from killing her.

A colony might have lost its queen or the newly crowned queen fails to show up after a mating flight. If any of these happens then the colony remains queenless and a replacement needs to be sought.

When Not to Combine Honeybee Colonies

Not only is it important to understand when it makes sense to combine honeybee colonies but also when not to. It is not necessary to combine hives when the two are functioning well and independently. It is only practical to combine them when either of the hives is struggling. If one is weak and the other is strong, then you need to combine. A queenless hive will also require some boost from another. Two hives that are weak can also be combined. The latter might seem counter-productive but it will help boost both of the hives. The domesticated bees unlike their feral counterparts require some support, especially during periods of dearth such as winter. Beekeepers are encouraged to minimize any form of intrusion during the colder months since an exposure during this time will affect the normal condition within the honeybee colony.

How to Combine Honeybee Colonies 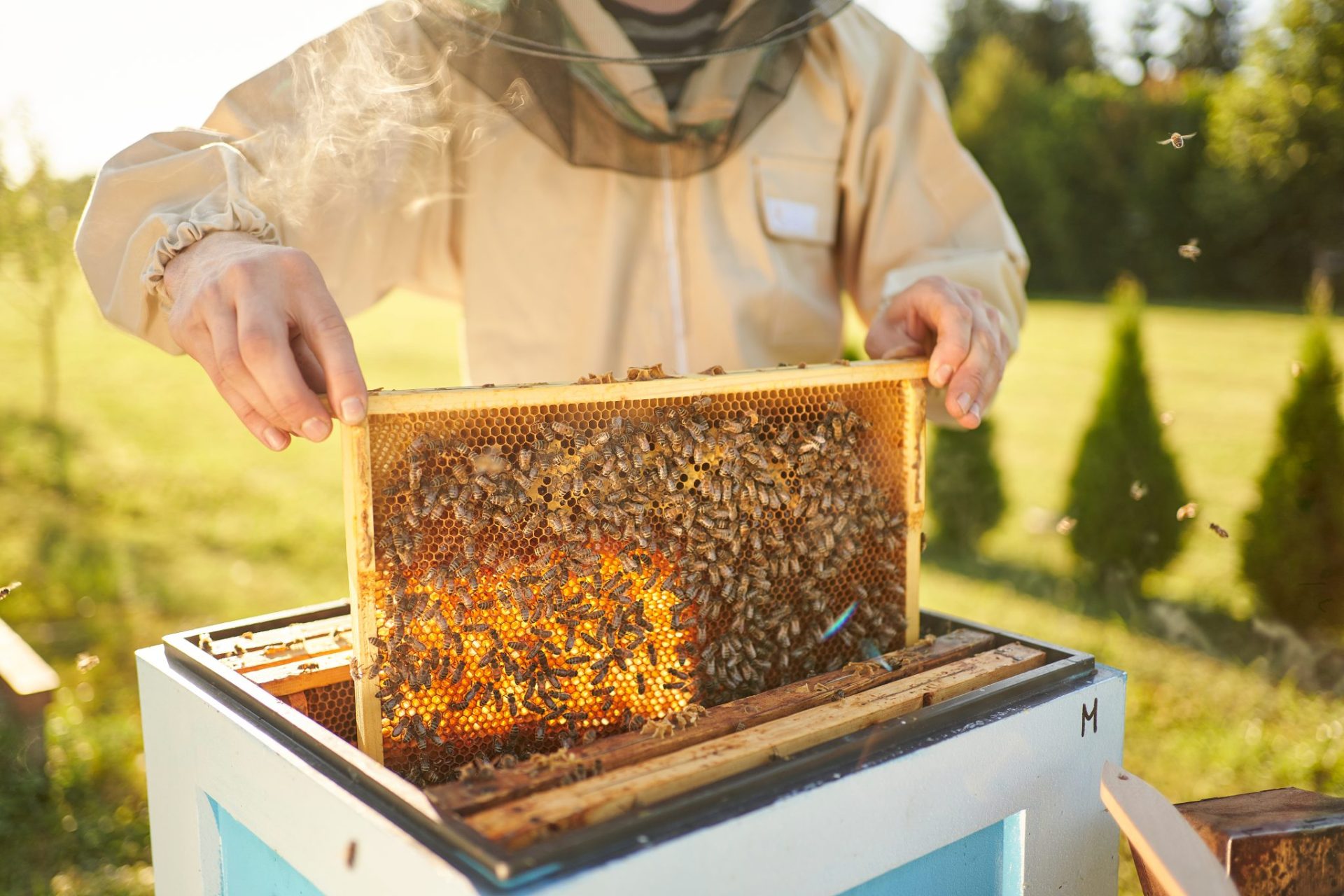 Before you combine colonies, you should do the following: 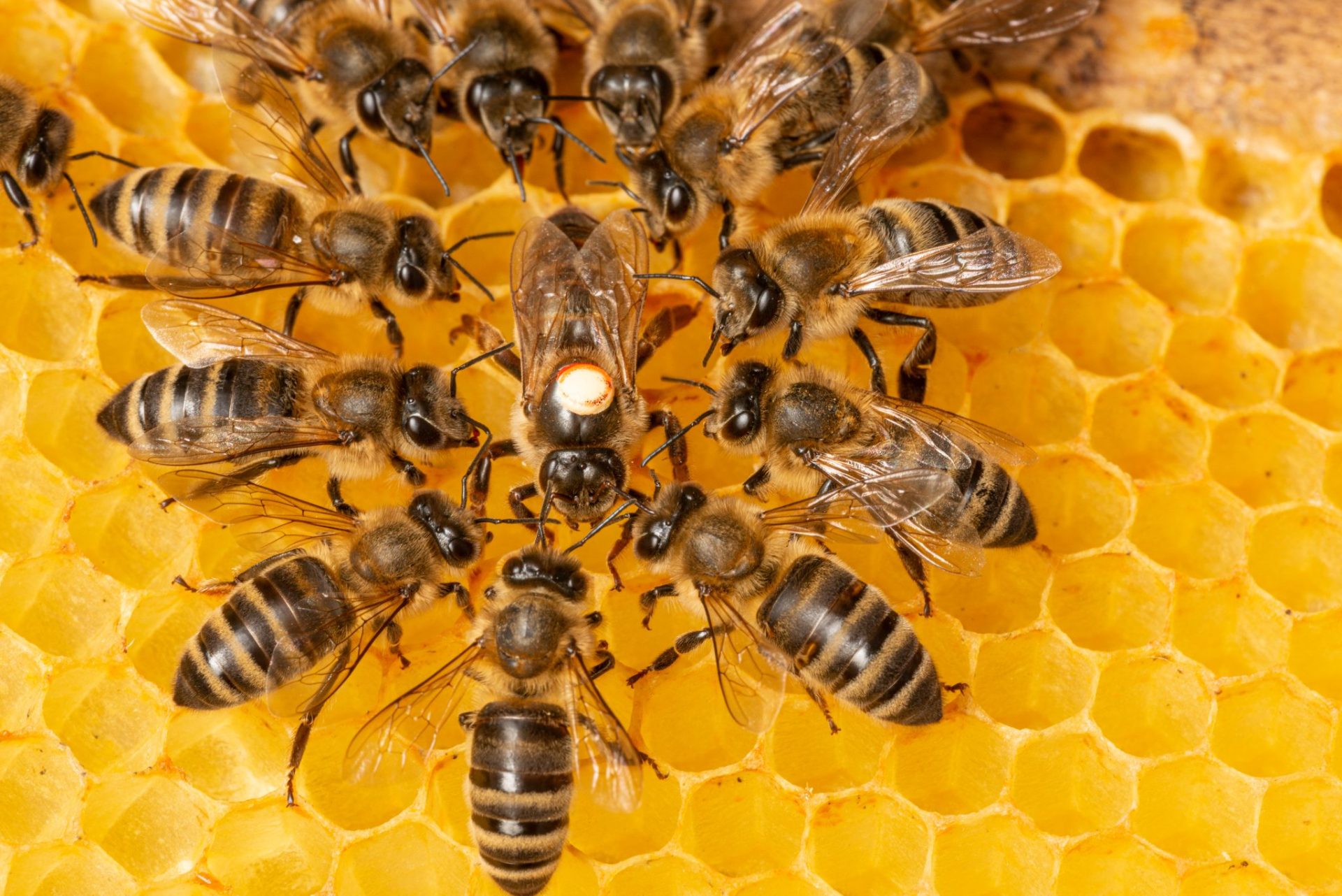 What Causes Aggressive Behavior in Bees?

Honeybees in some instances, can portray an aggressive response to any form of intrusion. This can happen as well when combining honeybee colonies. Fortunately, bees will only respond aggressively when they feel provoked or attacked. An understanding of this behavior of honeybees can help keep the bees docile when you are doing routine inspection, combining colonies, or even harvesting honey.

Some of the main causes of aggressive behavior in bees include:

How then do you ensure the honeybees remain calm even when combining colonies? Well, you can do any of the following:

It is important to understand how to combine honeybee colonies. The method mentioned herein is pretty straight-forward. If you are starting off in the business, then it will be wise to consult before trying this. Most of your local beekeepers might be doing this already. Alternatively, you can join a local beekeeping club and engage experienced beekeepers. Remember it is always much safer to go into winter knowing that your colony is strong. That is certainly a guarantee your colony will make it through the tough cold months. Weak colonies might not have a chance when it comes to winter and its share of challenges. Uniting a weaker hive with a stronger one helps create a superior colony. The newspaper bag method is a popular strategy employed by most beekeepers since it is not only easy but practical as well.

Combining of colonies tends to be much easier unlike colony splits. Unfortunately, not all weak honeybee colonies are eligible for unification. Disease or parasite-infested colonies should be cured before joining it with another colony. Failure to do so will translate to a bigger problem that may get out of control. Therefore, sort out the issues first to ensure that two healthy colonies are united.