How to Protect Mason Bees from Wasps

If you would love to keep mason bees, then you have two options with regard to housing: DIY or buy commercial made mason bee homes. Irrespective of what you choose however, you will have to protect your mason bees from their natural predators, which include wasps. In this article we’ll discuss different measures you can take to protect mason bees from wasps.

For more information on protecting mason bees from wasps, be sure to check out Crown Bees, a highly reputed company specializing in mason and wild bees in the United States.

The Life Cycle of the Mason Bee

According to scientists, the mason bee is 75% more efficient as a pollinator when compared to the honey bee. We have more than 300 different species of the mason bee in the Northern hemisphere, and all are docile and exist as solitary bees. They rarely sting as well and tend to inhabit tunnels or crevices above ground. However, with the increased efforts to conserve nature, so many people now keep mason and honey bees.

The mason bee is described as a solitary bee, and this means it does not live in a hive (like the honey bees do). It does not build or live within a colony. It is a docile bee that neither makes honey nor wax. Its main benefit is therefore pollination. The male mason bee never stings but females will only sting when they feel threatened. It is these features that make them the most preferred pollinators of home gardens and farms.

Some quick facts about the mason bee:

An understanding of the types of wasps and how they harm the mason bee, will help you understand how best to protect your mason bees from their enemies.

Below we discuss different wasps and their modes of attack:

These wasps measures about 4mm or 3/16 inches. This parasitic wasp is usually brought into the mason bee nest by a female that uses it ovipositor to insert an egg into the bee cell. Once the parasitic larvae develops, it eats the developing mason bee, then continues to derive food from the nest until it emerges an adult.

They have black and yellow bodies and are usually larger in size. Some species have white or yellow spots and a maroon band. The female will find its way into the mason bee nest, then insert its eggs near the bee egg. The first sapygid larvae to hatch will devour any other larvae that hatches, whether the bee egg or its own species. It will then continue to eat pollen loaf and overwinter with the other bees until it finally emerges as a grown wasp.

These are yellow and black in color but have unique ovipositors. The ovipositors are on their upper side instead of underneath. The female leucospid will drill through the cardboard or oak log then lay its egg in the bee cell. Once its egg hatches, it will feast on the bee egg or developing mason bee. It will then continue consuming the mason bees and eventually move out as adults in search of a mate and the cycle will continue.

Yellow jackets, unlike other types of wasps are semi-social and not solitary. They usually build a colony on underground cavity or even an opening above the ground. The queen usually lays eggs and feeds them until its first generation of workers emerge. Queens will also lay eggs late in summer that will develop into the next generation of queens. These will then mate then individual look for a suitable location where they will establish their own colony of workers and future queens. They are predators that consume other insects, including the mason and the honey bee. They also eat plant nectar, pollen, and honeydew.

How to Protect Mason Bees from Wasps

Parasitic wasps can be deadly to the mason bee population. They can fly through wire mesh meant for protecting mason bees from birds, then burrow through the cardboard using their ovipositors. You therefore need a fine fabric mesh to keep them off. These you can make it yourself or buy commercially. You can also use nylon stockings or covers to block the mud capped mason bee entrance. This you will need during hibernation and storage. Once this is in place, leave it throughout summer so that the mason bee larvae can be protected. At end of summer and onset of winter, take down the house and put it in the garage for winter storage. Dead tubes and those that appear sick should be eliminated.

One of the best ways to protect mason bees from wasps is by regularly checking on the bee house and tubes. Be on the lookout for holes in the tube, and if you notice that the mud at the entrance has been tampered with, then that is a red flag. Put aside any suspicious cocoons and mark the back and front of these cocoons. You should then carefully open the trays and tubes for evaluation. You should be able to see developed hibernating bees.

Some of the contents you might find in the cocoons include the following:

Proceed further to look for suspicious cocoons. Healthy mason bee cocoons will be firm when touched and dark grey in color. Those that are lighter in color and not firm should be set aside and destroyed. They will be most likely infested with parasitic larvae. You can proceed to do further checks. Place these cocoons on a clear or glass surface then shine a bright light from underneath. Those that look hollow are infested. Have these disposed. The healthy cocoon should then be thoroughly cleaned and prepared for winter storage. The entire bee house should also be cleaned well. You can use a little bleach to clean it so as to kill fungi and bacteria. It is then dried and stored until next spring when it will be useful.

You can install a fake wasp nest inside the mason bee house. This will mislead the wasps. Remember they are territorial by nature and will generally avoid places where other wasps have already occupied. They will therefore feel threatened and will move elsewhere. You can also install sticky boards outside the mason bee house. This may trap the mason bees if not well positioned however. You should therefore put it away from mason bee pathways. You can also stand on guard once in a while as you watch out for wasps. If you see any try to hit, trap and kill it. You should however ensure you have protective clothing. The stingers from a wasp can be dangerous.

Traps can be used to catch queens during spring, and later on catch workers when the wasp colony has yielded the workers’ population. By catching the queen wasps, you will be guaranteed of minimizing the chances for a future population of wasps.

This method of controlling wasps requires an expert. Wasp stings can be painful and in some cases fatal for those with an allergy to wasp venom. Remember, most wasps species tend to be defensive, and therefore the need to be careful if you resort to this control measure. Ensure you have proper gear such as a beekeeping suit. An expert can help track the wasp back to its nest. In most cases, most of the species are known to forage to distant areas within their locality.

You can use a fine mist of water to spray huge parasitic wasps when you find them hovering over the mason bee nesting area. They are conspicuous and therefore it will not be too challenging to see them. This method is effective in controlling parasitic wasps such as the sapygid wasp. Hornets and paper wasps can also be eliminated by spraying them with high pressure water. This should be done preferably in the evening. Once you have removed the wasps, it is advisable to add twigs or rocks to the empty space in the bee house so as to prevent wasps from coming in the future.

6. Do not Reuse Old Tubes or Cavities

Mason bees will use anything available for nesting. It is therefore your responsibility to avoid reusing anything that has been used before. This may transmit fungus, or bacteria brought forward from previous occupiers. It might even contain wasps’ eggs that will hatch and devastate the mason bee population. This will explain why it is important to clean thoroughly and disinfect the used tubes if you intend to reuse them. It is however not recommended to reuse tubes since even the clean ones might carry along parasitic wasps.

Not all wasp species are harmful to mason bees. However, harmful wasps exist in equal measure. Thus, there is a need to ensure the mason bee house is kept clean and free from debris, a factor that encourages these invaders to come in. You should also conduct regular checks on the cocoons so as to identify infested ones. These should be marked and disposed. You should also use a fine fabric to keep off preying wasps from the mason bee nest. Other measures such as traps and good management of the mason bee house will also help keep wasps on check. Use the tips discussed in this article to protect your mason bees from wasps. 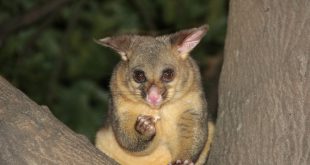 Do Possums Eat Bees? How They Affect Honeybee Colonies 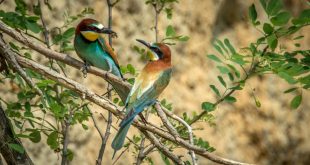 How to Protect Honey and Mason Bees from Birds 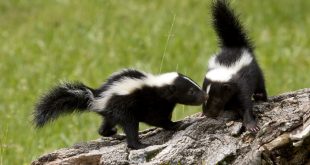