What hits your mind when your hear anyone talk about bees? My assumption is that you imagine the sweet honey or maybe the unbearable sting. These small yellow creatures with black spots and their recognizable buzzing sound have become part of our everyday lives. It is important to note however, that bees are not associated with just honey and stings. They have become indispensable in the environment. A lot is worth mentioning on how the bee population increase benefits the environment. The agriculture industry would hang on a thread if the bee population was wiped out today, not to mention our very existence on the Planet Earth. Bees have created a multi-million dollar industry all over the globe. So it is quite difficult to fathom what the world would look like if no single bee existed. Bees benefit humans, animals, plants, and other insects either directly or indirectly.

Over the past few years, bees have faced some tough challenges including the use of pesticides in farms and gardens. Reliable studies suggest that use of chemicals in farms and gardening threaten the lives of honey bees and bumblebees. The bee population has been declining over the last few years due to the use of these chemicals. Some of the chemicals identified to spark a colony collapse disorder include neonicotinoids. Other studies have suggested that pesticides have been the root cause of the decline in honey bee population and other insects due to the fact that it causes these insects to lose their way home after nectar and pollen hunting expeditions.

Bees play a key role for the survival of the human race and therefore we have a responsibility of ensuring their survival. A bee population increase will benefit the environment given the many benefits they provide to all living creatures and plants.

A total of 25,000 bee species exist globally and of this number, 4,000 types are found in the United States. Bees are further divided into 4,000 genera which are then categorized to 9 families. Some of the bees that fall into the Apidae family include: carpenter bee, bumblebee, and honeybee.

Bee species play a crucial role in the environment. All of them have their unique characteristics which help make them excellent pollinators of specific type of flowers and plants. For instance, the bumblebee with its large size and vigorous vibration makes it ideal in pollinating specific crops. The honeybee also has its unique features which makes it excellent in pollinating some flowers. So they each work hand in hand.

Decline in the Bee Population 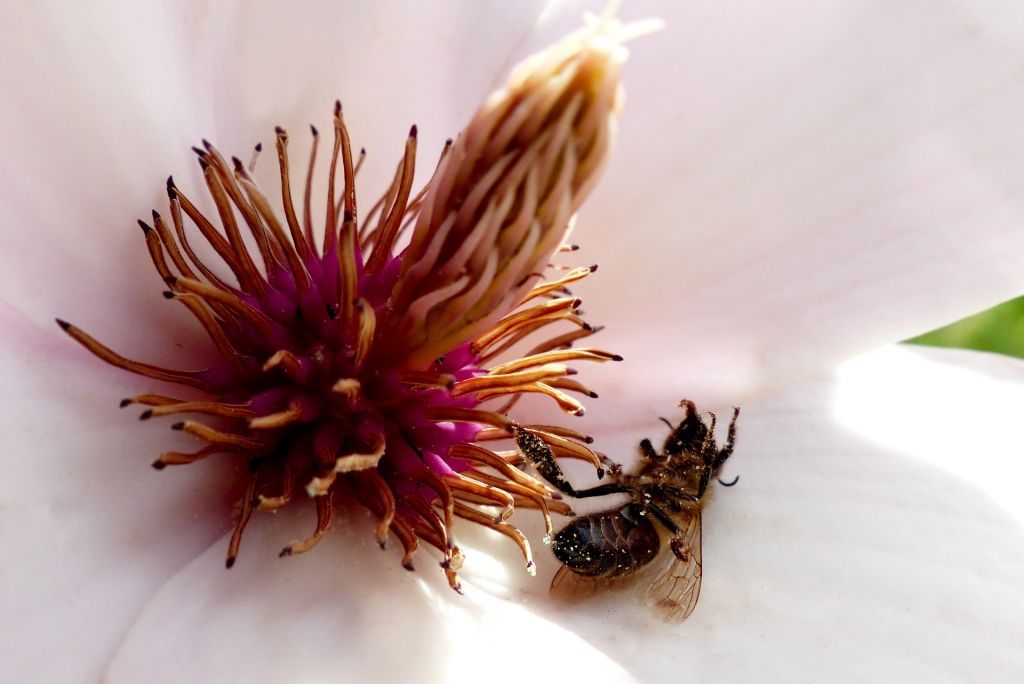 Over the last few years, farmers have experienced some serious problems due to the decline in bee population. They no longer get the free pollination services from the honeybee as required and hence the need to rent beehives from commercial beekeepers solely for pollination. In fact, some beekeepers reap up to $350 from each hive every season from hive renting services. This trend is a clear indication of the importance of the bee population to the environment.

Some of the reasons for the decline in bee population over the years include the following: 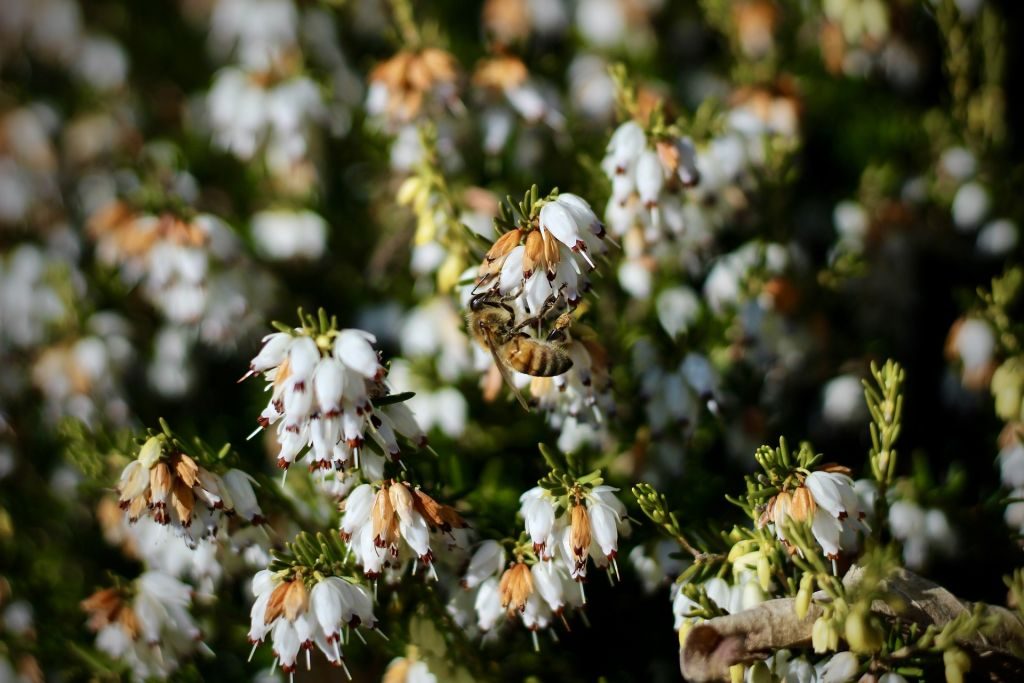 This is perhaps one of the roles that is most attributed to bees. Simply put, pollination refers to the transfer of pollen from the male part of a flower to the female part of the flower. It is through this process that plant fertilization is initiated which results in the formation of a plant seed, fruit or nut. Bees carry pollen from one plant to the other and in the process help propagate the plants. According to reliable studies, bees pollinate approximately 85% of all food crops humans consume in addition to the crops used for feeding cattle. An increase in population of bees means more pollination and that translates to more food for both humans and other domesticated animals.

Plants do not rely on bees alone for pollination. Some animals assist plants in pollination and some plants rely on the wind for pollination. Others pollinate themselves. Nonetheless, bee pollination is the most reliable since bees focus all their energy on one plant species. They focus on one at a time and that means higher quality pollination for the plant. They do not spread pollen on many different plants and waste the pollen. This therefore means that every plant species gets an even distribution of the vital pollen from within the same species.

We all rely on the honeybee for our very survival. A decline in bee population tremendously affects us as humans. Should the honey bee be nonexistent that would mean probably mean no more human existence in the planet. That’s not something we want now, it it?

Crops and other plants rely on pollination in order to thrive. The bees fly from plant to plant in search of pollen and nectar which is their source of food. In this process, the pollen stick to their feet and when they land on other plants it helps fertilize and form plant seeds which can then propagate the plant species. Plants and crops produce fruit, flowers, beans, seeds, vegetables, and more through pollination.

2. Benefits to the Environment 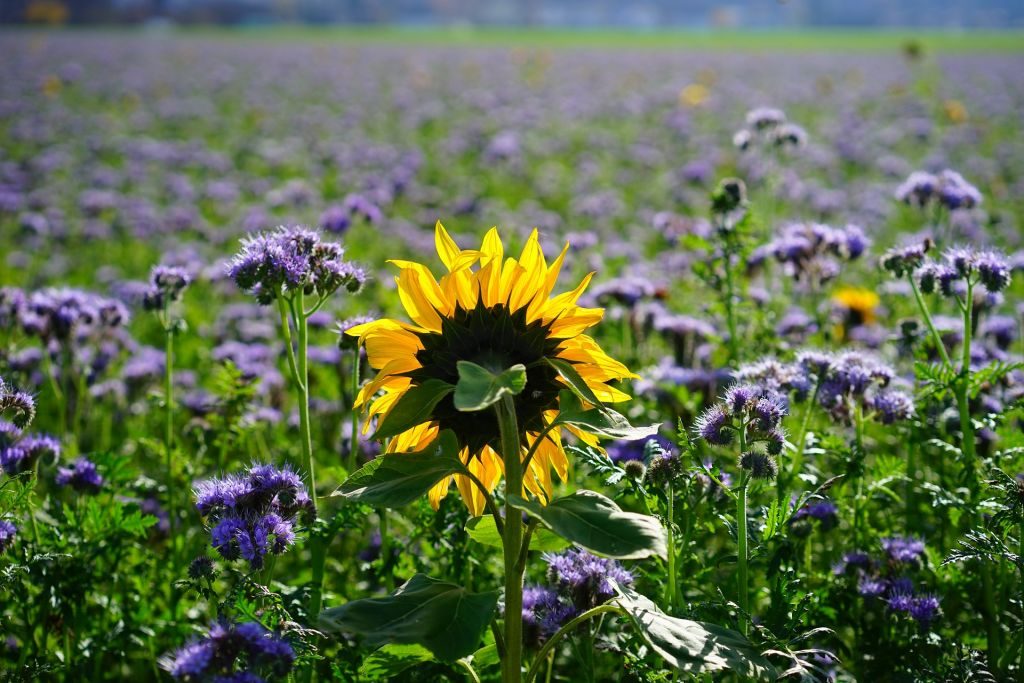 Bees play a crucial role in the life cycle of flowers and plants in helping them reproduce. In fact, studies have proven that certain species of solitary bees have evolved to pollinate one single plant. The mutual relationship between the bees and the plant makes it almost impossible for each of them to survive without the other. The absence of the bees means that these plants will not reproduce and ultimately become extinct.

The disappearance of some plant species from the face of the earth is a clear indication of how fragile the environment we live in has become. This is used by scientists as a way of evaluating environmental changes and can help advice the masses. Some of the factors that have been linked to the death of a large percentage of bee species in the past include: parasites, destruction of main source of bee food, pesticides, and diseases. If proper corrective action is not undertaken, certain crops and plants will ultimately become extinct.

The honeybee population helps pollinate the agricultural industry and wild plants and flowers. A healthy pollination system translates to a healthy ecosystem. Some trees such as poplar and willow rely on pollination by the honeybees. This means without bees, the natural forests would not be preserved and propagated.

One well documented way in which bees benefit the human population, is the provision of agricultural services. One of every three bites of food that we eat relies on bee pollination. As a matter of fact, the honey bee pollinates most of the traditional crops that are the main source of food to most people. These include: melons, avocados, cranberries, celery, apples, cucumber, blueberries, kiwis, asparagus, citrus crops, and many others. Statistics show that 80% of food in grocery stores will not be available if bee pollination ceased.

Plants, flowers, and animals all rely on bees. The environment at large relies heavily on bees.

Bees have a huge responsibility when it comes to feeding the human and animal population. They have done this exceptionally well for as long as human civilization has been in existence. Humans take the lead when it comes to reliance on honey. Humans have created a multi-million dollar industry that relies heavily on the honeybee. The health benefits of honey makes it one of those natural foods that are heavily consumed all over the globe.

Other animal species rely on honey as food. For instance, bears are well known for their raids on the beehive. Birds, skunks, bats, opossums, raccoons, and many other insects also rely on honey for sustenance. These invaders not only feed on the honey but also consume the protein-rich bee larvae. This may seem to be a bad relationship between the bees and the invaders but it helps sustain the animals that rely on the bee colony.

It is hard to imagine what the planet would look like if there were no flowers. The planet’s floral landscape is created by the free action of the bees. Bees pollinate flowers and contribute to the amazing beauty of the planet. They help perpetuate floral growth and ultimately enhance the attractive habitat animals such as insects and birds live in.

The human garden will not bloom if bees were not in existence. The bee population makes it possible for billions of gardens all over the world to stay healthy and beautiful throughout all the seasons of the year. The fruits, vegetables, and flowers that grace our gardens are beautiful to behold thanks to the collective action of the bee population. The wild plants that also part of the beautiful environment are propagated by bees. It proves to be difficult for humans to fathom how these plants propagate but with bees no one has to worry of how to plant these natural plants.

Bees play an important role of building homes for other animals and insects. They help pollinate tropical forest plants which creates a home for these animals and insects. Temperate deciduous forests as well as savannah woodlands also rely on bees. For instance, poplars and willows are some of the tree species that rely on bees for pollination. The home garden is also another home to millions of tiny creatures such as insects, birds, and many others. The plants in the garden rely on pollination in order to grow and thrive. Without bees, these homes would not be there for the wild animals and insects.

The bee colony plays a crucial role in the creation of the complex interconnected ecosystem in which different animal and insect species co-exist. As pollinators, they support the growth of flowers, trees, and other plants that provide a home to these creatures from small to large. They play a major role in creating and sustaining biodiversity in the planet.

The bee population increase benefits the environment in many ways. Humans, animals, and insects depend directly and indirectly on the bee population. They play an important role when it comes to the food supply for the wide variety of creatures that exist in the planet. Wild forests and gardens which create a home for most creatures rely on bees to grow and thrive. Increase in bee population means more benefits to not only the human race but also to other animals and small insects.