The Ethical Harvesting of Honey

Honey is the oldest source of sweetness known to mankind. Ever since we started exploring its benefits, honey has played a major part in food and medicines.

The presence of honey was first discovered in Spain in the cave of Valencia. In the cave the honey seeker was portrayed on an 8000 year old cave painting at Arana Caves in Spain. This ancient painting shows a person extracting honey from wild beehive, which indicates that humans have been practicing honey harvesting for as long as 5000 BC. Today with all these years of experience and knowledge, there is new technology and better ways to harvest honey. Yet, the question lingers, are the ways of honey harvesting ethical?

The ethical harvesting of honey, in simple words, is extracting honey straight from the natural beehives without causing any harm to the bees. In India, this is the traditional way of honey extraction which goes a long way back and is still practiced today. Due to increasing population and migration of people from villages to the cities, the honey harvesting is being practiced in the urban areas have also proved to be of commercial benefit.

It is mainly conducted in rural areas, where the bee hives are located beyond the outskirts of cities, with low population density areas where agriculture is the primary source of income. Usually, bees prefer taller trees where they are not disturbed, and such surroundings can be found in rural areas since they are closer to forests. Bees extract the nectar from many varieties of rare medicinal flowers which are not generally found in urban areas and thus it affects the quality and medicinal properties of the honey.

Centre for Bee Development (CBeeD) has designed the Ahimsa Forest Honey Collection (AFHC) technique for sustainable honey production. Over 18,000 tribal people have been trained in the new AFHC method where the honey hunters in the tribal areas are trained to harvest honey in a non-toxic and ethical ways to keep the bees as well as humans safe. In order to not get stung, the honey pursuer is provided with protective gear. The process involves chipping the chunk of the beehive that contains honey and leaving the rest intact which contains the eggs and the larvae. This enables the bees to carry on with the work of building the comb without abandoning their site.

It was observed that the rapid growth and expansion of urban areas is affecting the statistics of the activity.

It is, as the name suggests, beekeeping in cities and towns. Over the years, this method of beekeeping has proved to be a potentially commercial concept in the farming industry. In a research published by the Royal Society Publishing, it was noted that in urban beekeeping that the bees are healthier and well looked after; their colonies are larger and they are less prone to diseases, hence prolonging their life and the yield.

Another factor worth noting is the effect of harmful pesticides on bees. If the flowers that bees collect nectar from are sprayed with pesticides they affect the quality of the honey as well. Bees are less likely to be exposed to any harmful chemicals in urban territories.

This style comes off a bit different from the rural beekeeping. In this kind of honey harvesting, the hives are established on rooftops of buildings and sometimes even in the backyard, much contrary to rural sector where the hives are mostly spotted in dense forests. In urban beekeeping, there are two main types of hives – the Langstroth hive and the top bar hive, the former being the more popular one.

This design was invented somewhere in mid 1800s by the reverend Lorenzo Langstroth. In this style, the hives are an assembly of rectangular boxes with removable frames. The most impressive factor with this hive is the movable frames which is what lead to the rise of this style of beekeeping. After the chambers are filled with honey, the frames are taken out for extracting honey without having to destroy the honeycomb. Today, the Langstroth hive is the most commonly used set up for beehives.

The top bar hive is the oldest used hive style in the world. With a horizontal top bar hive, beekeepers don’t have to lift heavy boxes; these individual bars are laid across the top of the hive cavity. The bees build their comb down from these bars naturally, without the use of a four sided frames which gives us a view of the functional window of the hive. This design makes it easier to remove the comb.

Effects of Beekeeping on the Environment

For years beekeeping has been delivering great benefits to people and biodiversity. Now with the increase in honey harvesting initiatives in both urban and rural areas there are many environment favourable effects that bees motivate.

Many tree species such as willows and poplars flourish because of pollinators like bees. Moreover, many species of birds like the blackbird, ruby-throated hummingbird, and starling, etc. prey on the bees. Also, a variety of insects have bees as a major part of their diet.

Some Pointers on the Ethical Harvesting of Honey 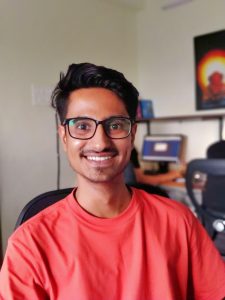 Tejas Shahakar is currently the Content manager at Raw Forest Honey. His experience as a content manager includes working on content related to all things ‘Honey’. He is also a health and wellness blogger with a main focus on natural remedies and Ayurveda.

[…] you buy some raw, organic honey from a beekeeper or perform your own  ethical harvesting through a honey press, having some honey handy can improve your mind in many ways, such […]

About | Privacy and Disclosure
© Copyright 2022, BeeKeepClub. All Rights Reserved.
wpDiscuz
1
0
What are your thoughts on this article? Please leave your comment.x
()
x
| Reply