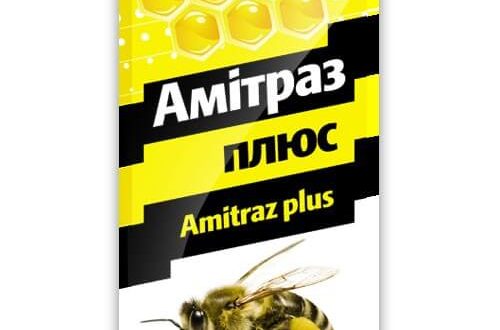 The Amitraz Plus Strips are an effective solution to combat varroa mites.

Beekeepers are faced with the serious problem of tackling varroa mites. This in itself is additional work given what they have to grapple with when it comes to honey bee colony management. The mites may be quite tiny, but they are impossible to ignore given the level of damage they can incur if left untreated. Therefore, for as much as we might not like to deal with these insects, it is inevitable since it is our responsibility to take care of the honey bees.

Some of the commonly used methods of dealing with varroa mites include: physical, mechanical, chemical and behavioral. Chemical control measures are generally much more effective, given the fact that they help to completely wipe out the invasive mites. One of the biggest challenges when dealing with varroa mites, is the fact that their developmental stages are well protected courtesy of the encrusted brood cells. This is where they develop rapidly and are able to evade treatment. Amitraz Plus Strips offer a better way of dealing with varroa mites. The potent ingredients in the strips make it possible to target the adult form of the mites. It also remains active and useful for an extended period, making it possible to annihilate the varroa mites that emerge from enclosed brood cells.

About the Amitraz Plus Strips Varroa Mite Treatment

The treatment of varroa mites through the use of Amitraz Plus Strips falls under the category of chemical treatment. Chemical approaches to varroa mite treatment are the most common practice used by most beekeepers. They are mainly categorized into two forms: natural and synthetic.

Synthetic chemicals include substances such as organophosphate, pyrethroid insecticides, and Manleys Thymol Crystal. Natural derived chemicals include formic acids, mineral oils, sugar esters, essential oils, powdered sugar, thyme, oxalic acids, and many others. Each of these chemicals require proper application since improper use can make the mites become resistant to the chemicals.

Amitraz has been in use for a long period in the US as a measure of controlling varroa mites. It even baffles scientists why the mites have not been able to develop resistance to the ingredient despite all the years of use. Varroa mites are highly susceptible to Amitraz and hence the reason it is widely used in most varroa mite treatment products.

Thymol is ideally an acaricide that is widely used alongside Amitraz. It helps in the control of varroa mites, reduces the spread of chalkbrood and also eliminates other parasites. It is easily dispersed from one bee to the other and evaporates easily. This makes it possible to reach as many mites as possible. It mainly works as a repellant and is safe for use. Thymol is made from essential oils and hence it is a 100% natural chemical.

The 500 Amitraz Plus Strips are made up of Thymol and Amitraz as its main ingredients. Each strip has the ingredients in proportion of 6.75mg Amitraz and 0.8mg Thymol. The strips are best suited for prevention and treatment of varroosis in honey bees. It mainly targets the adult form of the varroa mite. The developing mites usually remain inside enclosed brood cells and can possibly be eliminated upon emergence. Fortunately, these strips can remain useful for a longer period making it possible to eliminate them as well.

The Amitraz strips should be used when honey harvesting has been completed during summer and autumn. It can also be used during spring upon completion of the first hive inspection. Proper timing guarantees safe control.

You can drill one end of the strip and insert a lock pin, which can then be used to attach the strip to the hive. You can also use any other suitable hanging devices such as a staple, tiny nail, or a thumbtack. Strips should be strategically positioned within the hive. For strong bee colonies, place one strip between 3 and 4 honeycombs and the other between 7 and 8 honeycombs.

Strips will be effective if left within the hive for a period of between 3 to 30 days. This will however be determined by the number of brood. Developmental stages of the varroa mites are well secured in encrusted brood cells and will only be treated when these cells open up. This explains why you might have to leave the strips for a little longer in case you have many brood cells. Conversely, colonies with fewer brood cells require a little time for treatment.

The strips should only be opened within the apairy prior to treatment. Proper usage should be followed also.

As a general rule, observe the following precautions when using the Amitraz strips:

The Amitraz Plus Strips may be effective and can last for 2 years from the date of manufacture, however, proper storage is required. The strips should be stored in a dark and dry place. Keep the strips away from children, direct flames, and heaters. The ideal storage room temperature is between 0 to 30 degrees Celsius. Ensure also that the strips do not come into contact with water or moisture.

Amitraz and Thymol have been in use for many years and have proven to be effective in the treatment and prevention of varroa mites. Varroosis affects the European honey bee more than any other type of honey bee, and hence the need to remain vigilant when dealing with this pest. Early detection, prevention and treatment will make it possible for the beekeeper to manage the pest. It has not been possible to completely eliminate the varroa mites, but fortunately the increased and widespread efforts of dealing with the mites have yielded much that we can be proud of. It is the responsibility of the beekeeper to ensure their bees are free from these mites. The winter season in particular is the most challenging and if hives are left untreated prior to wintering, bee colonies have the potential of being wiped out by these invasive mites.

About | Privacy and Disclosure
© Copyright 2022, BeeKeepClub. All Rights Reserved.
wpDiscuz
0
0
What are your thoughts on this article? Please leave your comment.x
()
x
| Reply
Skip to content