Do Possums Eat Bees? How They Affect Honeybee Colonies

Do possums eat bees? They are fascinating creatures that may target apiaries,. They are found in a few places across the globe including the United States. In this article, we’ll discuss the effect that possums have on honeybees and their colonies. 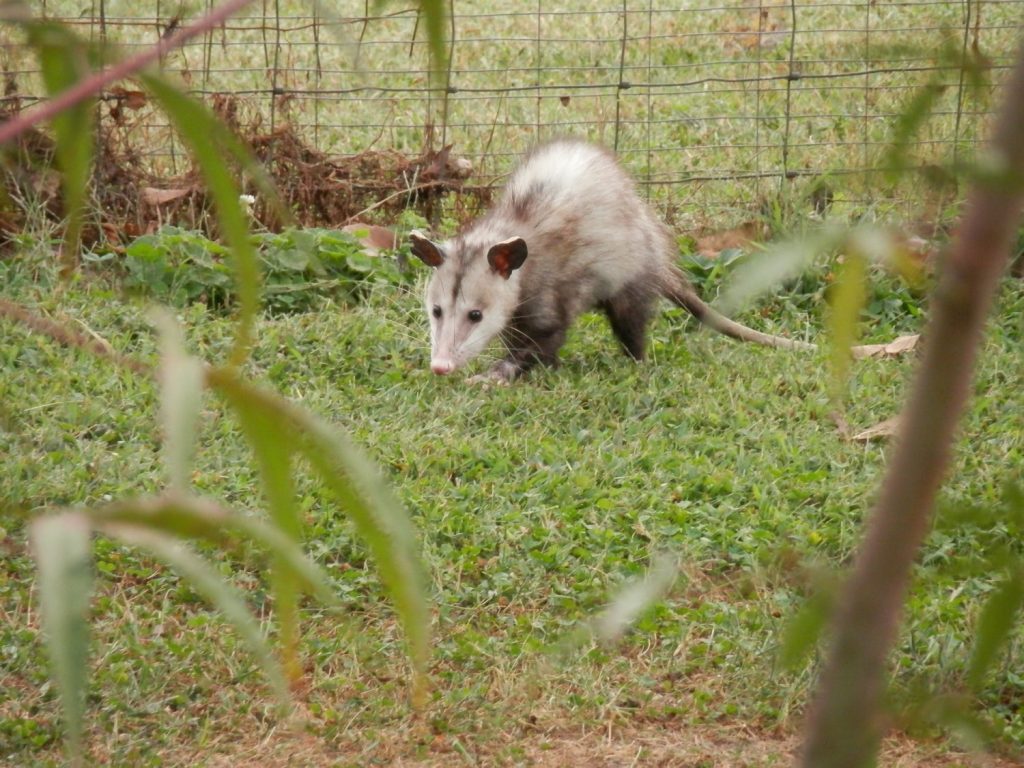 Possums belong to a group of around 70 marsupials that live in trees and originated in Australia and the Indonesian Islands. Adult possums are excellent scavengers, with the little ones not built for hunting. Believe it or not, baby possums are about the size of a honey bee. They rely heavily on their mothers for about 80 days and are fed by their mothers until they are big enough to scavenge. Young possums can also be seen hiding inside their mother’s pouch when they see predators and when cold.

Possums have 50 teeth and instinctively show them when scared or feel threatened. A characteristic foam also forms accompanied by a foul smell. This is a defense mechanism that helps keep them safe. They have a lifespan of about 2 years but will live longer when under human care. They should never be fed with human food but should be given their space. Possums are not a threat to the human population.

Possums can eat dead meat without contracting any disease. They are also known for consuming thousands of ticks within a season, thus helping prevent the spread of diseases. They are not affected by snake venom and can snack on venomous snakes like rattlesnakes and copperheads. Possums can thus help keep off snakes around the areas they inhabit. They are nocturnal and solitary creatures that have adapted to living close to humans. It is common to find them even in urban areas.

Possums have evolved over the ages and can even feed on plants that may be seen as poisonous to some other animals. Their diet cuts across the board and they will scavenge on almost anything.

There are different kinds of possums and each looks unique. They include:

This is also referred to as Trichosurus vulpecula. It has pointed ears, a bushy black tail, and grey fur. In terms of size, it is about the same size as a household cat. They give birth to one offspring either in autumn or spring. It is then raised for about 6 months inside the pouch and then rides on its mothers back for another two months until weaning. At about 7 or 16 months, it leaves its maternal den.

Also referred to as Pseudocheirus peregrines are smaller in size when compared to the brushtail possum. When compared to a household cat, it is half the size. Signature physical features include: round ears, rusty sides, grey back, and a curled white-tipped tail. They give birth to 1 to 3 offspring, at times twins during winter or autumn. This kind rarely enters house roofs and builds their nest using twigs or leaves. Their nest is usually built above the ground, just a few meters off the surface.

These are the largest possums and include the Sulawesi bear cuscus, also referred to as Ailurops Ursinus. They have thick, dark fur and weigh up to 22 pounds.

As implied by its name, this is the smallest possum, about the size of a mouse and will weigh a few ounces. 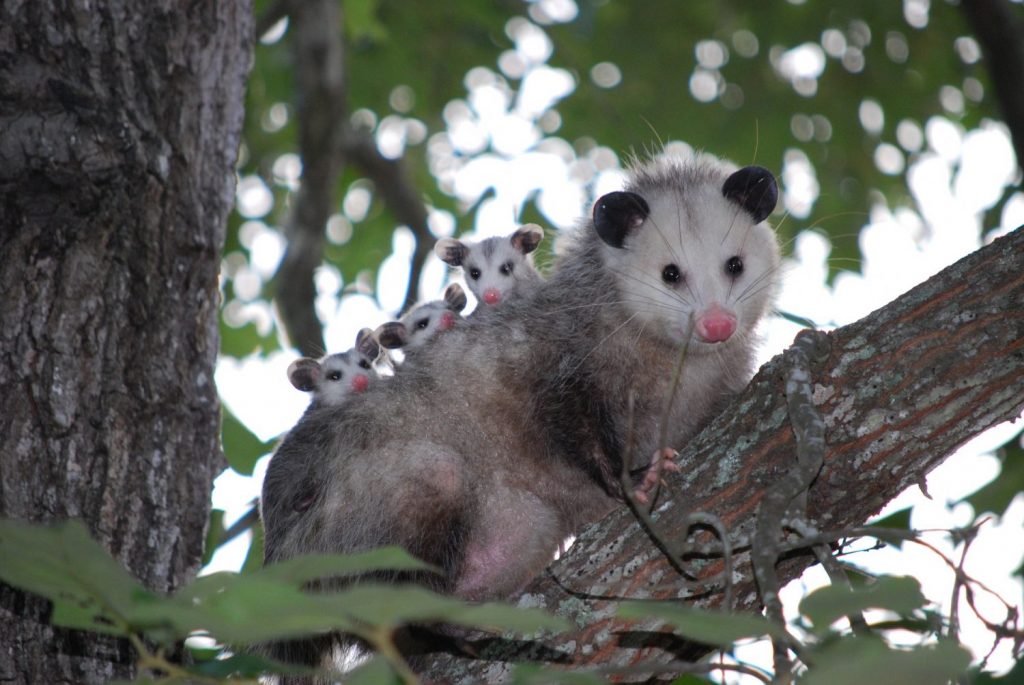 Mating and reproduction vary widely among different types of possums. Some types choose one mate whereas others have multiple mates. Others change their mating behavior depending on the availability of food.

Possums give birth to live young and protect them inside their pouches, just like many other marsupials. The young ones are born deaf and blind and are extremely small at birth. They emerge from the birth canal of their mother and crawl into the pouch where they get latched and compete for the nutritious milk. This is their main source of food and any young one that is not able to find and get latched to its mother may not survive.

What do Possums Eat?

Possums rely on a wide variety of food sources for survival. They consume plants and animals, in equal measure. Its main diet comprises dead animals, eggs, insects, birds, slugs, cockroaches, fruits, rodents, plants, snails, grains, worms, berries, nuts, birds, seed, and frogs. They can consume the skeletal remains of dead animals and rodents. You will also find them scavenging garbage cans, in search of human food. They are never picky and will eat dog, cat food and any table remnants.

Possums will eat anything they will find. Their feeding habits allow them to easily access food. They have excellent hearing and smell. They are however poor sighted. Since they are nocturnal animals, they are extremely active at night and will roam around searching for food at this time. Their sharp claws help them dig, climb, and capture their prey. They are also equipped with a long tail that aids when climbing trees, walls, and other structures.

Possums help manage unwanted pests and are generally not dangerous since they are never aggressive. They can however be annoying since they dig up garbage bins, raid chicken houses, and can even ruin a well-maintained garden. There are instances where they play dead for up to 45 minutes while emitting a rotten smell from their anus. These creatures can also fight back household pets when they feel threatened and will inflict serious injury using their sharp teeth. This will rarely occur however, since they mostly prefer to scare off other creatures by exposing their sharp teeth while hissing and growling.

Possums are creatures with amazing skills when it comes to searching for food. They are exceptional scavengers that rely on a wide variety of food sources. Their diet consists of plants, insects, and some large animals such as birds, rodents, and even dead animals. They do not rely so much on insects for survival and are therefore less inclined to honey bees. They therefore never pose a serious risk to honey bee colonies. It is however possible for possums to become a nuisance to honeybee colonies even though this rarely happens.

You should however be vigilant when it comes to your garden or poultry. Possums are known to invade birdhouses and eat eggs and birds. They also wreak havoc in gardens and will overturn garbage bins as they look for something to eat.

Possums also make use of trees that lie close to buildings. They will often use these trees to get into buildings and look around for anything edible, including pet food. They can scare domestic animals and inflict injury in extreme cases.

How to Keep off Possums 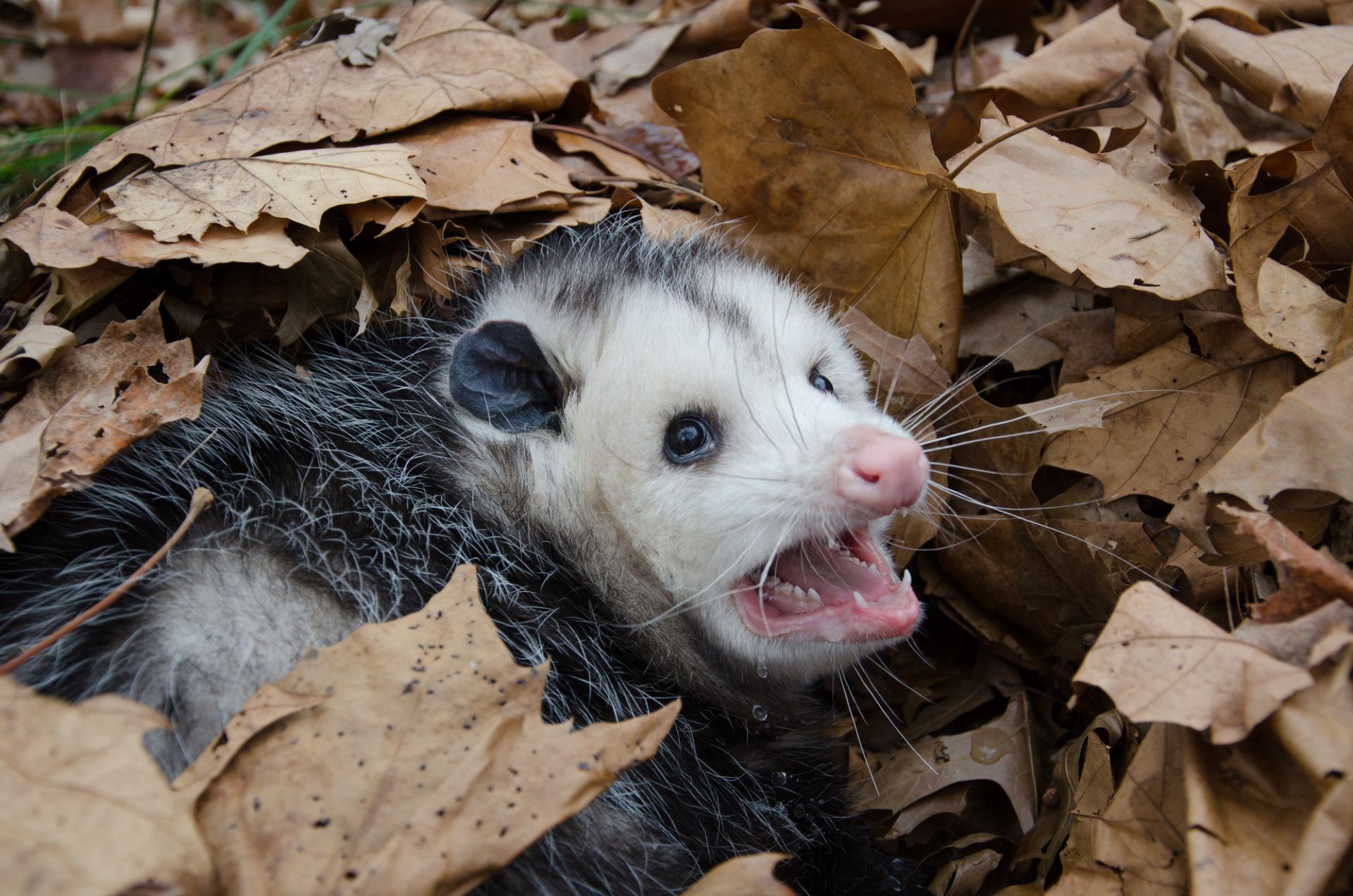 Like most endangered wild animals, possums are protected by most state laws. It is prohibited to harass or harm possums. You can however control them as recommended.

You can tell if you have a possum within your yard when you find openings in the fence. These are ideally 3-inch diameter entry points. Scratch marks on tree barks next to the backyard may also be an indication of an invasion. You will also find garbage bins that have been overturned, birdhouses destroyed, and gardens completely messed up. You can also check for footprints and feces. The feces are similar to those of a cat. Their foot markings are also unique, about 2 inches long with the spacing of approximately 6 inches long between the back and front prints. Check out for small holes in soft turf. They do not dig large extensive holes.

Brushtail possums that live within buildings may be trapped under some conditions. The main individual authorized to trap them include licensed wildlife controllers, the homeowner and members of the family, and managers of the building with all staff.

The required trap should have the following features:

Once you have set the trap, keep an eye on it, and ensure it is checked less than 2 hours before the sun rises. The trapped possum should be transferred to a quiet place and covered with a bag or cloth. You should then release it no more than 50 meters from where it was captured, the same day and after sunset.

You are not allowed to relocate brushtail possums. Remember, they should be released at night to avoid stress and an increased chance of injury and attack.

Other ways to keep off Possums

The following methods can also be used to keep off possums from your backyard:

Raising a healthy honey bee colony can be challenging, and disheartening if it gets wiped out by predators. As the beekeeper it is therefore wise to be ahead of your enemies, and this means anticipating the enemy before it strikes. It is also important to understand what action to take if you have already been struck by a predator. The bee is an easy target of most predators, ranging from tiny pests to the huge mammals that devastate colonies all over the United States. The seasonal changes also bring its own share of challenges to the honey bees and ultimately the beekeeper. If you thought you overcame winter, then comes along predators that creep in at the dead of the night.

Possums are interesting creatures. They not only have an excellent sense of smell and hearing but also an excellent memory. Laboratory tests ranked highly possums when it comes to their ability to remember where they found food earlier. They will keep returning to the same location for the same foodstuff. They protected animals and it is prohibited to relocate them without proper authorization. You should check out your local regulations before attempting to trap or relocate possums from your backyard. They are never a serious threat to humans or bees; possums rarely eat bees. Their diet is far and wide, and not primarily honeys bees or honey. Therefore, possums should not be a serious concern for any beekeeper. They are however quite destructive by nature and hence the need to keep them in control.

Share
Previous Bee Hive Kits: Inside and Out
Next How Can Beekeeping Enhance your Mental Health?
Subscribe
1 Comment
oldest
newest most voted
Inline Feedbacks
View all comments

[…] They are never a serious threat to humans or bees; possums rarely eat bees. Their diet is far and wide, and not primarily honeys bees or honey. Therefore, possums should not be a serious concern for any beekeeper. via […]

About | Privacy and Disclosure
© Copyright 2022, BeeKeepClub. All Rights Reserved.
wpDiscuz
1
0
What are your thoughts on this article? Please leave your comment.x
()
x
| Reply