Do Dragonflies Eat Honey Bees? Are They a Threat?

According to some cultures, dragonflies are a sign of good luck or prosperity. Many people make a wish when they see a dragonfly and think that it will come true. Plenty of dragonflies meant there was plenty of fish around. If a fisherman sees a dragonfly, he thinks that he is lucky. They can be a blessing to humans as they help control the population of mosquitoes by feasting on them when they are huge in number. Dragonflies also eat ants, termites, butterflies, houseflies, honey bees, and other insects. They hunt in groups when they find large colonies of insects.

Dragonflies are used in medicines in Japan and China. The adults as well as nymphs form a very popular delicacy in Indonesia. Pieces of jewelry also have been decorated by using dragonflies, especially the necklace in North America. They are symbols of strength, happiness, and courage in Japan. 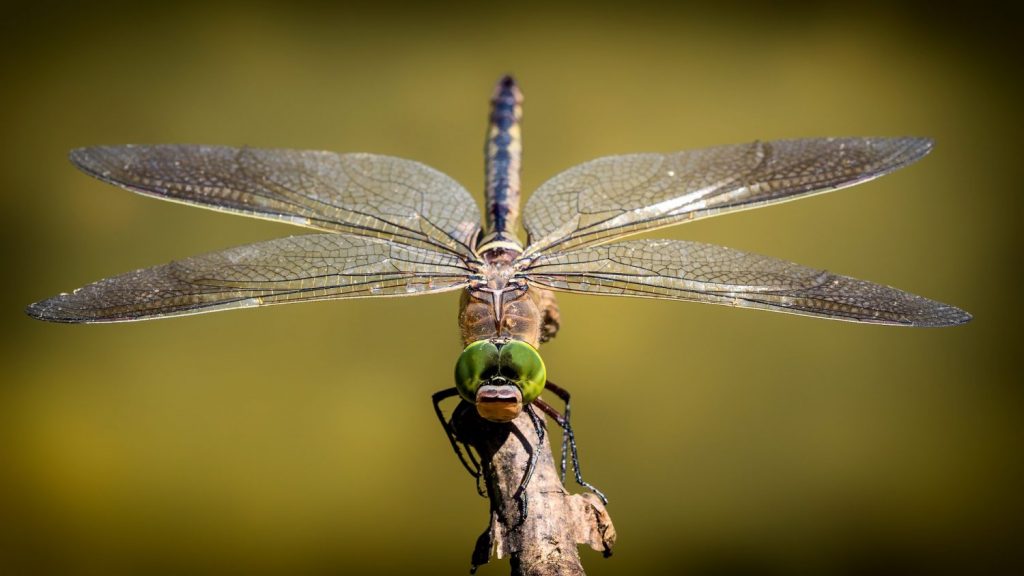 Dragonflies are well known because of their vibrant colors and large compound eyes. They have large flat wings which allow them to fly so speedily. There are different types of dragonflies with different adaptations according to their habitat. There are more than 5,000 species of them in the entire world.

As all insects consist of three distinct sections, dragonfly also consists of three parts: the head, the abdomen, and the thorax. It has an exoskeleton. The head is the shortest part of its body about 1 to 4 inches in length with large compound eyes and short antennae. Its head is mostly covered with its eyes by which it can see 360 degrees around them.

Dragonflies have color-proteins that provide the ability to see more colors than a human eye can see. On the thorax, it has two pairs of flat wings about 6 inches and three pairs of segmented legs. The wings are long but unique due to its transparency and coloring. The wings are connected with the body via very strong muscles. It helps the insect in flying for long distances at very high speed. When it lands, its wings are found to be seen horizontal to its body because like some insects, it also does not fold its wings.

They developed a better mechanism for flight. They evolved new strong indirect flight muscles. These new flight muscles meet at the thorax, where the two pairs of wings arise. In this case, these strong muscles permit flight. This action permits flight with power. They have other muscles that control the pitch of the wings. This is the type of indirect muscle action that is only found in highly evolved insects.

Some people ask about dragonflies like if they can walk. Dragonflies cannot walk. Their legs are only designed for grasping. Their legs are perfect for grabbing insects or resting on a plant. Dragonflies are also called fighter jets. They are super fast. They are able to grab a flying insect in a blink of an eye. Dragonflies do not have any sting like some other insects, but they have mandible. A mandible is a pair of jaws which insects use for cutting or holding food. They sometimes try to bite with this pair of mandible. But they usually do not hurt but if you harass them, then yes they can bite you. This would break your skin, though it depends on the dragonfly. That is, different species hurt differently.

What do Dragonflies eat?

When their prey are larger insects, they attack its head and then drag it back to its perch. They catch their prey while flying. They use their long segmented legs to catch their prey. As they have great eyesight, they can detect even the slightest movement. They can detect ultraviolet lights and polarization, as well as colors with their large optic brain lobes. They have a great ability to see underwater. Their nymphs are also hunters. They eat most of the living things around them underwater.

Dragonflies get water from the insects they eat. They will however drink water occasionally when bathing.

The straight up answer to the question is yes. Dragonflies eat honey bees as well as other insects. Remember, dragonflies are carnivores that have no bias when it comes to what they can eat. They will target any potential meal, including bees and devour them mercilessly. They have an advantage over bees given their strong jaws and sharp teeth. Dragonflies can ambush bees during their daily foraging activity.

Signs of a Dragonfly Infestation

How to deal with Dragonflies 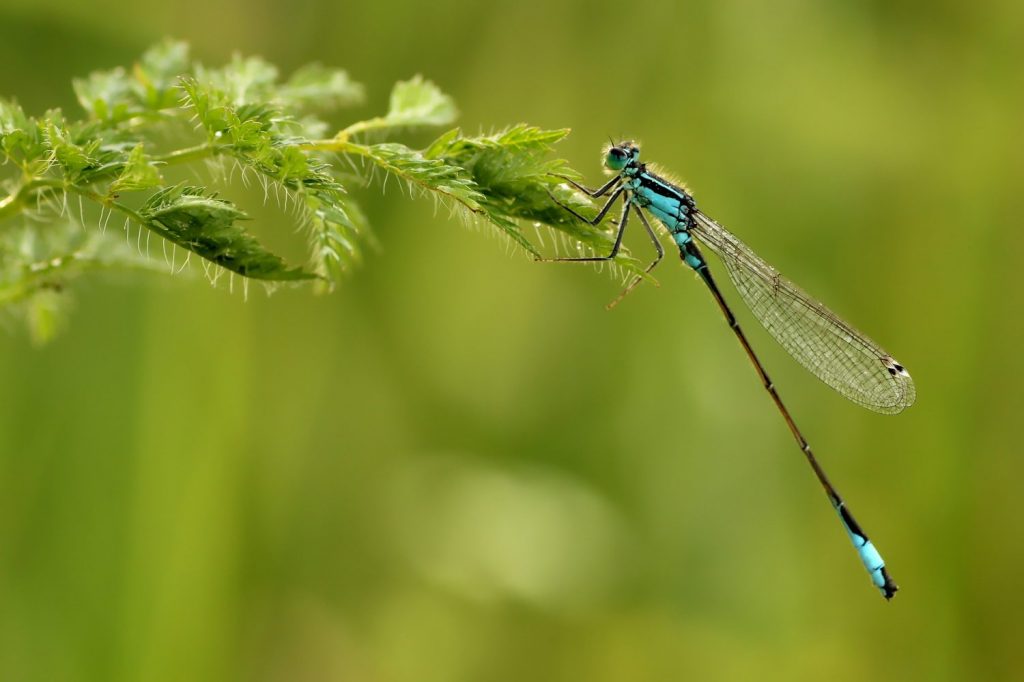 Dragonflies do not pose any danger to humans since they hardly ever bite humans. However, a vast number of them can be a nuisance in your backyard. It is quite a challenge to get rid of dragonflies without using pesticides or killing them. Fortunately, some techniques can help control dragonflies as explained below.

Beekeepers can apply various strategies when dealing with dragonflies. You can also try them in your area, garden or near your ponds. These include the following:

So yes, dragonflies do eat honey bees. Normally, they don’t pose much of a threat, however in large numbers.  In some areas, dragonflies are found in great numbers and it is hard to get rid of them. If you have tried your options to keep their population low, then you should call your local professional exterminator. They will send their team to your doorsteps with a plan to get rid of them. The treatment will be repeated a few times, or maybe after every week, or couple months to keep dragonflies away. This will not be that expensive as dragonflies come during the summer season only.