Save the Bees: How Climate Change Affects Bees and Other Pollinators

According to NASA, Earth’s average temperature has risen almost two degrees since 1880. That might not seem like much on paper, but the effects of this seemingly small climate change can be seen in the weather, sea levels, and the health of our global bee populations. In fact, the impact of changing temperatures on both native and introduced pollinators has many experts believing slowing climate change may be the only way to save the bees.

So how can we help slow climate change and its damaging effects? And what else can we do to help save the bees?

Climate Change from a Hive’s Perspective

It’s no secret that bee populations, especially honeybees, have been struggling in recent years. In the short period of time between 2014 and 2017, an estimated 10 million hives were lost to what scientists and apiarists (beekeepers) now call colony collapse disorder.

And the need to save the bees isn’t just symbolism for human development and the damage it can cause to natural resources. Without healthy bee populations, both native flora and agricultural crops all suffer. In a world where food shortage is a real possibility in our near future, this is especially frightening.

But what is actually happening to bees on the micro-level? And what role does climate change play in these potentially devastating circumstances?

The temperatures, they are a-changin’

The most apparent consequence of climate change is the shift in global temperatures. For bees, this can mean losing entire hives to rising temperatures in a specific area.

Of course, bees aren’t entirely helpless to rising temperatures. Colonies have techniques to keep the hive, and the young inside, at a sustainable temperature during particularly bad heat spells. And beekeepers can help keep their own hives cool by placing them in shaded areas and providing plenty of water.

However, on a larger scale, if the temperature of a given region rises too dramatically, the area could find itself utterly barren of bees. Best case scenario, these bees are able to migrate to a cooler region and establish a new hive. But, worst-case scenario, the bees die along with their home hive.

But heat isn’t the only culprit here. With record-breaking winters affecting much of the United States, hives may be susceptible to extreme cold just as much as they are the summer heat.

When looking at climate change and how it affects local bees, the direct effect of heat and cold on individual hives is the most obvious concern. However, it’s just a small piece of the puzzle.

Obviously, honeybees take center stage when it comes to discussing the global population declines. But, as many apiarists may not know, honeybees are not native to the United States.

Today, honeybees play a significant role in both our natural ecosystem and our agricultural industry. However, in many ways, climate change is harming native bee species and other pollinators far more than honeybees.

It’s robbing them of their food, and breeding fuel.

Many native pollinators rely on only a small selection of flowers as a food source or for breeding purposes. The most famous example of this relationship is the monarch butterfly and milkweed plant, but there are countless other relationships like this in nature.

Unfortunately, research shows that climate change may be having a major impact on how quickly invasive plant species are able to establish and take over. And when this happens, native plant species inevitably get choked out and can even disappear entirely.

As temperatures shift and seasons become uncharacteristically long or short, flowers bloom at different times. Since many pollinators, including native bees, rely on a specific feeding schedule throughout the year, this can mean the pollinator and the flower miss each other entirely.

And this doesn’t just hurt the bees, butterflies, and other pollinating insects. With no one around to pollinate their flowers, these plants could die off as well.

If you haven’t got your health…

Researchers have also found potential connections between changing climates and the prevalence of disease and parasites within bee colonies.

Although this research is only in its first stages, the current findings suggest that the higher the global temperature, the more colonies we’ll see fall to colony collapse disorder and other diseases. This could also include more potential for pathogens to cross between different bee species and for currently non-catastrophic pathogens to have a much greater impact on future hive populations.

How Bees (and Humankind) are Responding to These Changes

As long as we have bees, whether native or introduced, there’s still a chance to maintain and even recover these populations back to their previous numbers. But, with that said, many experts and laypeople worry that climate change could actually spell extinction for the world’s bees.

At this point, all we can really do is guess what the future holds for honeybees and other pollinators. However, preliminary studies suggest that, at least in some cases, bees might not be as vulnerable as we think.

Long-term studies following several bee species and the native flowers on which they feed have shown that bees might actually be adjusting their feeding times to match changing bloom times.

Of course, this is only a small part of climate change’s effect on global bee populations. But these results are still quite promising.

And while most news sources focus on the honeybee population, we should also focus more resources on protecting native bees and other pollinators. Although climate change might not spell the ultimate end to bees around the world, the spread of disease and parasites, as well as the destruction of natural habitats, certainly aren’t helping the cause, either.

So, no, climate change probably (at least according to the current research) won’t lead to the total extinction of the Earth’s bee population overnight. But the consequences of climate change are hurting bees and other pollinators all around the world.

If we want to slow down or even reverse this decline, planting more pollinator-friendly flowers and researching phenomena like colony collapse disorder just isn’t enough. We also need to slow down humanity’s drain on the world’s natural resources and contributions to climate change.

Though, the United States might finally be making some progress toward limiting our energy consumption. Still, as of 2017, over 80 percent of the country’s power came from petroleum, natural gas, and coal. As a nation, we have a long way to go.

How You Can Help Slow Climate Change and Save the Bees

Making the switch to renewable energy is key to lowering global warming emissions and slowing down the consequences of climate change. And these changes aren’t just crucial to save the bees. After all, bees and other pollinators are far from the only natural life to feel the effects of climate change.

But how can people like you and I support renewable energy as a primary power source? And maybe even help save the bees and other pollinators along the way?

To start, you can opt into renewable energy programs through your local utility provider. While not all municipalities offer these programs, they are becoming increasingly popular around the country (in fact, the U.S. government estimates that at least 50 percent of consumers have this option!).

If you’re unsure whether or not this is an option for you, contact your electrical provider and ask directly. Even if this program isn’t something they currently offer, your inquiry could be the push that makes them consider one in the future.

Second, aim to do everything in your power to reduce habitat loss for your local bees, especially native species.

If you live in a developed or urban area, you might have limited options. But farmers and other landowners need to do their part to preserve bee habitats whenever possible.

Finally, be vocal about your thoughts on renewable energy and climate change as a whole.

At the time of writing, the United States is right on the cusp of the 2020 campaign season. In other words, there’s no better time than now to share your thoughts on the subject with your elected representatives. If you don’t, who will?

Do you have any of your own suggestions to help save the bees? Or to slow climate change and push the United States toward more renewable energy? Please share your ideas, big or small, in the comments below! 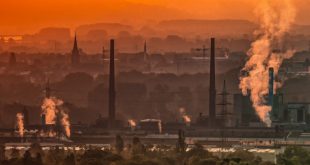 Which Technology Can Help Reduce Our Impact on the Planet? 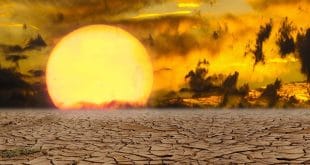 Impact of Climate Change on the Agroindustry 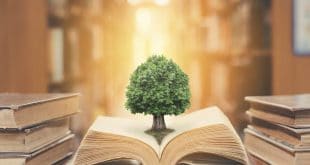 Important Role of Environmental Education in the 21st Century