Over the last several years, the honeybee population has been declining. It’s being referred to as Colony Collapse Disorder (CCD) and while the exact cause of this decline isn’t known for certain, there’s research that looks into viable theories.

Bees are fabulous for the environment and responsible for the pollination of a ton of the food we eat every day! Naturally, we want to see them flourishing, because when they do, so does the world around them.

The trouble with something like CCD is that the terminology is vague. Rightfully so, too! There are a range of reasons behind the rise of honeybee death. Most of the contributing factors are things we can control and help change. Raising awareness of the problem and gathering communities to help fight against them is the future of the bee population. Let’s look at what Colony Collapse Disorder is and how you can help.

What Colony Collapse Disorder is and is Not

CCD can be a deceptive term because of word disorder is generally applied to an illness or medical malady. With honeybee hive death, it’s not a singular infection, or even a singular reason. It’s an amorphous term that shares one result: beehives are being abandoned and the reason isn’t certain.

Specifically, CCD is when hives are found abandoned by worker bees, but still have the remnants of life. The queen bee and young bees are usually still in the hive with plentiful food and there’s little evidence of death. The worker bees are just gone, and a colony cannot survive long without them. It’s been suggested that while CCD isn’t itself a disease, it’s caused by a range of bee-killing pathogens/parasites. Research is ongoing and needed care for the bee population and environment has to be adopted by everyone, regardless of depth of knowledge.

Unfortunately, bees are commonly either feared or treated as a nuisance. Yes, they can be ornery, but treating them and their space with respect will all but ensure safety while they go about their business. And their business is being worldwide pollination powerhouses to a massive percentage of the crops human beings use for food.

Defeating CCD altogether is something that will take time and an across-the-board human commitment to change how we treat our environment and the buzzing creatures that live in and sustain it. Some easy ways to contribute to keeping bees around don’t even require you to be a beekeeper:

Most human beings can’t be faulted for their naturalistic ignorance, but as the world changes and grows, we must give back to the natural world. It has sustained us for millennia as a species, so as we continue asking as much as we do from nature, it’s only fair to support and participate in efforts to sustain it.

This goes far beyond bees, obviously, but it’s a great place to start. Their existence contributes so much to our own existence that lending a helping hand is the least we can do to keep the buzz alive.

What other tips do you suggest to combat colony collapse disorder? Leave a comment below and let us know. 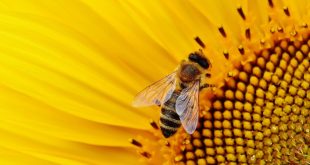 What is Being Done to Save the Bees? 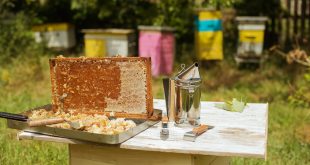 Is Harvesting Honey Bad for Bees? 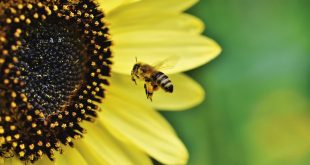 The Ethical Harvesting of Honey