Festooning Bees – what’s that about?

Despite the numerous studies on honey bee behavior, there are still certain things that are are a mystery to us as humans. One such mystery is festooning bees. But what exactly is festooning? Well it is a behavior of bees where they form a lace work, one layer thick, and are joined leg by leg between the frames of the comb. In this article we’ll dive in and dissect this mystery just a bit.

Honey bees always work together in groups and as a team when they build the comb. They always tend to hang unto one another to connect open spaces inside the hive. Honey bees are able to use their bodies to form a bridge that they can use to connect one place to another within the hive. They do this by holding onto each other. They have six legs and each leg has a pair of hooks which they use to hold into another’s legs. The bees will cling to each other in sheets between the frames. Sometimes the festoon is so wide and deep, just like the frame itself.

There are quite a lot of explanations put together in an attempt to understand why honey bees form these patterns call festoons. Beekeepers have different opinions about this behavior. Most of these explanations could be true of course but they are not clear. In fact, the only clear reason as to why the bees form festoons, is that it is not known why they do so.

Some of the reasons given include: bees trying to calculate the distance between frames, some also say the structure acts like a scaffolding from where the bees build the comb,and some of them also say that the bees produce more wax while in a festooning position, there is also an element of temperature where some says that the bees hang together to create some heat to the broods.  However, these can only be mere speculation.

Scientists however have a different opinion. I think that in science nothing is true unless it has been proven through experimenting. For instance, a bee biologist by the name Jurgen Tautz from the University of Wurzburg said that, ‘the function of the living chain where new combs are being built is unknown.’

Furthermore, in a study it was found that bees produce nearly equal amount of wax in a festooning position and as well as inside the combs. Precisely, the worker bees have to be in the same age group for the experiment to be little bit more accurate. It should also be noted that during winter season, the bees don’t form festoons due to the weather and inactivity. During winter, they tend to keep bundle together in order to generate heat.

Although it is not well known why the honey bees festoon, there is some agreement that can be generalized as to the core reasons. We’ll discuss these below.

There is a common understanding that festooning has to do with wax production. Evidently, during the spring season, festoons are formed when combs are being drawn or repaired by the bees. In doing so, the honey bees cling to each other to generate some heat in order to increase the temperature. In doing so, they facilitate the secretion of wax from glands on the abdomen.

Another reason might be that the honey bees use their bodies as some measuring tool to calculate the distance between the frames. This helps in comb orientation and in maintenance of bee space, which is very crucial to the comb architecture.

Honey bees have that tendency to always try to find an extra space to build some more combs. This is always very disadvantageous to beekeepers however. Spacing between objects need to be of just the right size in order to prevent bees from building combs across the frames or in any of the wrong places. The ideal bee space is 3/8-inch (approximately 1 cm). Anything other than that can reflect negatively in bees building combs where you don’t want them to.

Another thought is that honey bees build in festoons in order to make work easier. They do so to create a scaffold in an open space to help with the construction of comb. Honey bees believe that when things are done collectively, the result is always very positive and desirable.

The honey bees apply their ability to hang onto one another for some purposes. During the time that the bees swarm, they bundle together in their numbers and use the hook on their legs to hang onto each other. Before they fly on top of a tree limb, they festoon bee to bee.

Ventilation of the Brood Nest

There is also another time when the bees festoon. The bees hang together in festoons and in large number outside of the hive in order to give room for the ventilation of the brood nest.

Seasons and Factors for Building Festoons

There is a reason why festooning does not take place during winter. For wax secretion to be stimulated, a high temperature of about 32° C (89.6° F) is required. This temperature is also best suited for young broods and larvae. At higher temperatures, the bees will hang up together to form festoons and build comb where the whole architecture will take place.

Abundance of Nectar and Pollen

This period is well associated with the summer. At this point in time, there are enough flowers to produce nectar and sometimes pollen. Honey bees there collect these items and take them to the hives, where they would store the pollen and begin the process of turning nectar into honey.

Lastly, we will talk of enough pollen consumption as another wax secretion stimulant. The worker bees always try to collect much pollen as they possibly can. When all these are available, the bees will be forming wax at a much higher rate. they will hang onto each other in a lace like manner to produce more wax. With availability of more food, the bees will be triggered to produce more wax, which is very useful both to the bees and also to the beekeepers.

Earlier on, we had mentioned that bees also form festoons before they swarm. It is very evident from what we have learned that bees really love to work in groups. They delegate duties to themselves of which they must perform uniformly and socially. Therefore, the festoons are formed to that effect of interaction.

It’s hard for a single honey bee to survive on its own. Almost all the honey bee jobs require them to be close to one another The whole colony functions as one loving family. When the bees are feeling cold and want to feel warm, they cluster together so as to produce heat. When building wax, they remain suspended with the leg to leg connection in a process we know as festooning.

In conclusion, the topic of discussion about festooning bees has fed us with plenty information, not only about the honey bee colony but also how the lifestyle of these bees correlate with that of humans. It is in fact very sad to know that honey bees live their life in a more lovely and friendly manner than we do.

Apart from their lifestyle, we have also tried to come up with some ideas about the reasons behind why bees create festoons. Granted, the reasons were not as many and are not definitively proven. We can always say they form the festoons to know the distance between the frames, to build more wax or even to act as a bridge that they use to link up other places within the hives. The actual reason is still unknown though, even to scientists. 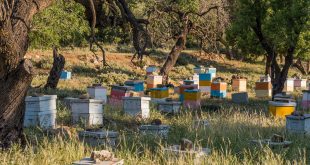 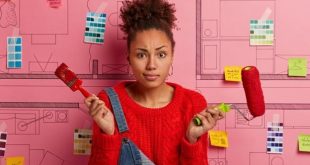 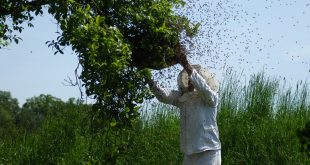 How the Beekeeping Industry Is Developing Around the World