What Can a Student Learn from a Bee? Five Useful Things You Can Learn From Hardworking Animals

Over the past sixty years, humanity has made unprecedented progress. Spaceships have flown across the universe, peaceful nuclear power has been put to the service of the population, and people have learned to cure diseases that previously terrified them. But despite these impressive achievements, there is still room for a man to grow. For example, what can we learn from the bee? This insect has so many skills that even such a highly organized creature as a man could envy it.

There are over a million different kinds of insects in the world, but only the bee and the mulberry silkworm are useful to humans. Bee products are used in human food, medicine, and for the production of cosmetics. All the useful qualities of insects are closely intertwined with each other and, as a result of coordinated work, we get the desired result. So what should we learn from the bee?

Bees are tireless workers who don’t get tired. They are constantly working, collecting nectar from the flowers, which has all the power of the plants. To collect a single drop of nectar, an insect must pollinate a thousand flowers and travel many miles. Other bees make honey from the nectar during this period, converting sucrose into simple carbohydrates that the human body absorbs without residue.

If you choose a quality that a student could learn from bees, then it is a high level of self-organization. Each bee knows perfectly well what and when it has to do. Moreover, it gets very worried if something goes wrong and some difficulties make it impossible to do its work. The student, on the contrary, is often lazy and instead of diligent study looks for different ways to cheat or simplify his work. So we all need to learn this important and useful quality from these little creatures.

Each insect is capable of doing any job within the bee community. Therefore, during different periods of its short life, the bee performs only the function that it is intended and most needed at a given time. If something happens that disturbs the normal rhythm of the family, for example, unfavorable weather or improper actions of the beekeeper, it immediately reacts by stopping to collect nectar. In such a case, the insect moves on to nurturing the young, preparing them for swarming. Such a quality would also be useful for the student. During scientific research, it is often necessary to change the work plan, and the different requirements of the faculty make it necessary to adapt quickly.

Bees solve the most difficult mathematical tasks faster than computers – this conclusion was made by British scientists. They found that insects always find the shortest path between flowers, using the minimum amount of effort. This task is very important for controlling the work of the Internet, the manufacture of microchips, the calculation of urban transport networks and routes for the transportation of cargo. Computers solve these problems by performing long and complex calculations. Bees, on the other hand, need only a few moments to solve these issues.

This is certainly a useful skill that will come in handy in studies. Like any other skill it can be developed, but many students simplify their lives and get assignment help.

Taking care of the family

The bee does not collect nectar for itself. For the period, it takes for the hive bees to process it and make it suitable for food, the worker itself will have already died. In summer, the nectar-collecting bee lives only 30 days, and it takes almost two months for the honey to mature.

When there is not enough food in the hive, the insects divide it equally among themselves. They show the greatest care for the queen because she is the progeny. Any bee will give her the last drop of honey, even if she is destined to die of starvation. However, if there is plenty of honey in the hive, not a single individual will ever eat too much, all the excess will be put aside. This quality can definitely be taught to a student. Very often students spend their last money on unnecessary things, forgetting how hard their parents have to work to pay for their child’s education. Besides, it is a good idea to think about how useful you can be to your parents because studying is not a barrier to employment.

The whole life of a bee family is arranged on the principles of harmony. Their constructions, products, dexterity arouse admiration. These insects have deserved human respect for their collective intelligence. Numerous mysteries of the bee family remain unsolved even in our time. Scientists and beekeepers still have much to understand about the life of insects.

As for students, their lives are often chaotic. Mismanagement of time and money, irrational actions, and disorder at home are the realities of today’s students. That’s why bees are the creatures to look up to.

After wintering, bees circle the hive to remember its location on the ground. To do this, they use various landmarks on the ground, the location of the hive relative to the sun, and other details that are insignificant to humans. When a bee goes in search of nectar, it also has to memorize its entire route from landmarks to get home. Humans cannot remember as many different details as the little worker and its tiny brain can.

We all know about the importance of memory for successful learning and, fortunately, it can be trained. To date, many experiments have been conducted and scientists have uncovered the secrets of training that are available to any student. 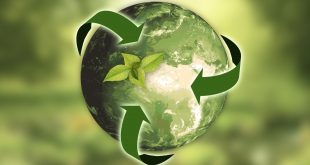 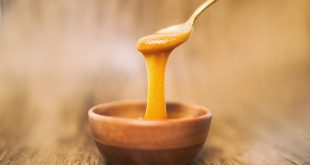 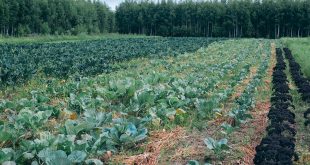 How to Make a Living Off Your Hobby Farm