Beekeeping for Pollination – Why it’s Important 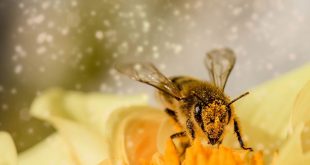 For a better part of the last century, bees were primarily kept for purposes of producing honey. Pollination at the time occurred as a side benefit. Nonetheless, as the number of fields that require pollination increased and natural pollination declined, the practice of renting honeybee colonies for pollinating crops became popular. At the present day, literally thousands of bee colonies are rented by growers of a wide variety of crops that need pollination. This practice is not only common in the United States but throughout the entire world.