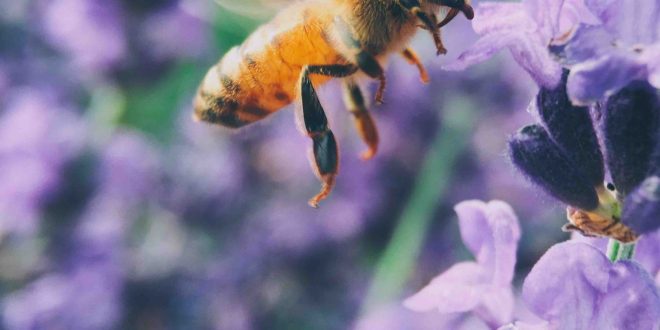 How Solar Power Can Benefit Bees

The number of bee species found in the wild has fallen by over a quarter since 1990. By now we all know how important trees and plants are to our environment, filtering CO2 from the atmosphere in exchange for oxygen. However, we can’t forget the crucial role bees play in enabling this cycle by pollinating plants all across the world.

The road to eliminating our carbon footprints may be a long one, but it starts at home. While it may take years for fossil fuels to be phased out of electricity production there are steps we as individuals can take to lessen our impact. According to the EPA, the average passenger vehicle produces over 4.5 metric tons of CO2 each year. Electric cars have become significantly more affordable in recent years, often rivaling their combustion counterparts. When coupled with a solar array, you can commute guilt-free knowing that your travel is no longer impacting the environment. For true off-grid living, EcoWatch recommends battery banks which can be used to charge your electric car at home. These power banks can also be used to store extra energy generated by your solar panels for use during night time or even in case of blackouts.

Rural homeowners are uniquely positioned to produce their own electricity using ground-mounted solar arrays. Rooftop solar panels achieve relatively limited exposure throughout the day. In contrast, ground-mounted panels can track the sun, ensuring optimal exposure all day long. Should you choose to install ground-mounted panels do not neglect the land they inhabit. While sunlight beneath solar arrays is significantly limited, plant life will still grow. Rather than neglect this land plant appropriate wildflowers to encourage life, making your solar array even more environmentally friendly.

Solar farms are an opportunity for greenery

Solar power and bees have been hot topics of environmental discussion for decades; however, until recently the two have very rarely been linked. This is something more and more experts are seeking to remedy as we are discovering that efforts to improve solar power generation can simultaneously aid bee populations. This is because while solar farms may occupy significant areas of land, being raised from the ground means their disturbance is typically only 5% of the land they inhabit. It would be illogical then to leave the other 95% to go to waste. Instead, experts are suggesting that this land be sowed with wildflowers to encourage the growth of bee populations. Indeed research has suggested that such efforts could as much as quadruple the bee population in solar farms. Because solar farms are often located in areas of agriculture, the increase in bee and pollinator population will have far-reaching consequences, benefiting surrounding farms and boosting their crop growth.

Solar panels and pollinator life are often discussed tangentially when in fact they are closely related topics. As we make efforts towards a carbon neutral world it’s important these kinds of links be made so that environmental work can be more efficient and effective. Whether it’s solar power or composting, attention to detail is how the environmental crisis will be resolved.