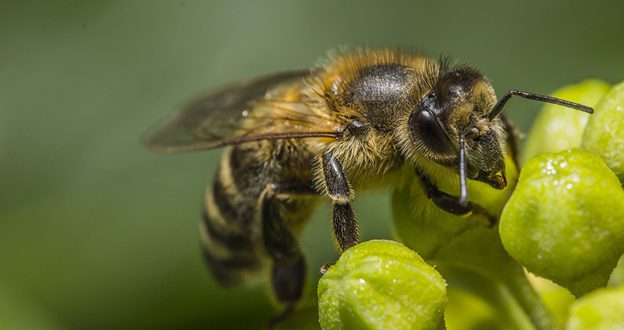 Earlier this year (2017), the wild, rusty-patched bumblebee, along with six other species: Hylaeus anthracinus, Hylaeus longiceps, Hylaeus assimulans, Hylaeus facilis, Hylaeus hilaris, Hylaeus kuakea, and Hylaeus mana were added to the list of America’s endangered species – and while efforts by businesses and citizens alike have worked to preserve the remaining pollinators, populations have “plunged nearly 90 percent in abundance and distribution since the late 1990s, according to the U.S. Fish and Wildlife Service.”

Now none of the endangered species are honeybee species (yet) but honeybees are facing their own crisis: colony collapse disorder (CCD), where a hive’s population will simply abandon their home and vanish. It’s nothing new, honeybees have always faced CCD, but in the early 2000’s North America saw a sharp increase in the disorder with 30% of honey bee colonies collapsing each year. What’s more is that scientists are still unsure as to the cause of CCD, but troublesome stressors like mites and disease, coupled with heavy exposure to commercial pesticides are suspected. In one study, 70% of Massachusetts’ was found to contain pesticide.

And the collapse of bee populations is expected to impact not only our food supply, but our economy as well. “Native pollinators in the US provide essential pollination services to agriculture which are valued at more than US $9 billion annually,” claims the Xerces Society, the non-profit organization that petitioned the US government to label the bees as endangered. About 65% of plant species rely on bees for pollination. “A world without bees would be almost impossible to contemplate,” writes entomologist Mark Winston, author of the book, Bee Time.

Yet as these species face endangerment and disorder, winter brings on a new set of challenges, especially for honeybees because while bumblebees and some other varieties of bees hibernate during the cold months, honeybees do not. This means our help cannot be seasonal or we’re likely to see higher rates of decline next spring.

Planting While you Winterize Your Garden

Honeybees spend the cold months eating honey they have stored in the hive and if that stockpile runs low, they are helpless to feed themselves and die of starvation. The ray of hope is that in temperatures upward of 55 degrees, they are able to leave the hive to forage for nectar. And while colder temperatures mean winterizing for most gardeners, you can help, depending on the frigidness of your agricultural growing zone, by growing cold hardy pollinator plants like roses and sumac during the winter to give bees something to forage, should their food run out. Before planting, do your research and avoid aggressive or invasive species. The right plants will please you, flourish in your climate, attract local insects and wildlife, and won’t take too much time to maintain.

Plan For Bee-Friendly Spring Additions to Your Garden

As the hive’s honey runs out as spring approaches, honeybees will begin to leave the hive more often to forage for food as the warmer temperatures allow. You can help by supplying them with early sprouting blooms like crocus and borage. Ideally, if you’re using your garden to help with the bee crisis, you’ll want to plant a variety of foliage to ensure blooms throughout as many seasons as possible in your climate.

Put the Spray Away

As commercial fertilizers and pesticides become more and more common in residential areas, these dangerous chemicals invade our water supply, our blood streams, and the wildlife around us. Skip the lawn guy and his toxic brand of yard maintenance. The long-term effects of these chemicals have not been studied and while these pesticides are effective at killing insects, they don’t discriminate and can harm bees as well.

Scientists don’t expect to solve the mystery of CCD within the next few weeks or months, which makes it important for all of us to do what we can to maintain populations until a cause and a remedy for it can be found. By taking these small steps we may be able to help them make a comeback. If we don’t, there may not be enough bees left to repopulate should we discover a permanent solution.

What other tips do you suggest for helping bees through the cold months? Leave a comment below and let us know.